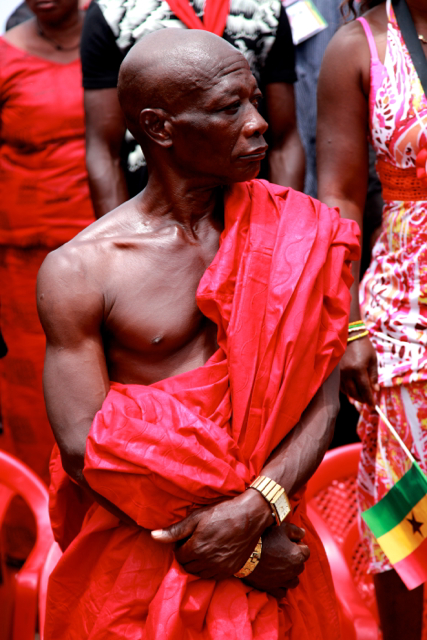 On Friday I was at the state funeral of the late President John Evans Atta Mills who died on July 24th 2012 at a military hospital in Accra, Ghana. According to unverified reports the president died from complications from throat cancer. It was the first time in Ghana’s history that a sitting president had died. Although many were shocked at his death footage of the president in the last year of his life showed that Atta Mills had lost a lot of weight in the months nearing his death. He looked ill. In less than 12 hours of the President’s death Ghana had sworn in John Dramani Mahama as its next president to much international applause for a smooth constitutional transition.

In the days up to President Mills’ funeral traditional and social media eulogized the president as a man of peace and simple means. He never moved out of his house to the presidential mansion and it is reported that he lived a regular life outside of his presidential duties. The man who was severely mocked in life was martyred in death.

Billboards with the late President’s face came up quickly, the gates of homes and offices were draped in the mourning colors of black and red, and cars, taxis, and tro-tros hung red strips on side and rear view mirrors to indicate a sign of mourning. All of Accra it seemed was united by the death of President Mills.

Thousands of the City’s residents made their way to Independence Square for the funeral rites and those who couldn’t make it into the square line the streets waving flags.

When the program started I was surprised to find that some of the women standing around me were weeping. People were genuinely sad. As the coffin was removed from the square people stood on their seats and waved their final goodbye to the president that Ghana will remember as a man of peace.