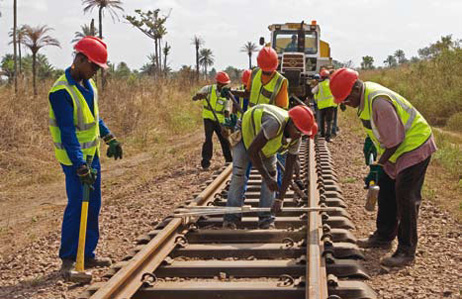 The Sierra Leone Police has denied allegations that they fired live bullets on demonstrators at an African Minerals site in Bumbuna.

Workers went on strike demanding an increase to their salaries. They say that the disparity between their earnings and those of expatriate workers is high.

It is being reported in the local media that the police has arrested many of the people involved in the strike action and that those arrested have been taken to Makeni where they are being held in custody.

Although it is yet to be confirmed by the authorities, it has been reported that one person died in the confrontation.  The individual was allegedly shot in the back by the police while others sustained various degrees of injuries and gunshot wounds.

Some of the affected workers said the police were arresting anyone walking along the streets of Bumbuna, and as a result many innocent people have also been detained. The reports say, up to thirty-two people were arrested and taken to Makeni.

The Police Media officer, ASP Samura, yesterday  refuted claims that live bullets were used, stating that only teargas canisters were fired. He said he could not confirm that anyone died as a direct result of the police action. He said the some police personnel sustained injuries from attacks by the protesters.

The Public Relations Officer of AML, Tanu Jalloh, confirmed the police use of live bullets, but said it was not meant to kill the protesters, and that the Police actually fired in the air to disperse violent protesters.

“It is normal for people working in mining areas in any part of the world to make demands for salary increments,” he said, adding that some of workers are unreasonable by comparing themselves with expatriates.

He said managers of the company were on the ground trying to negotiate with the aggrieved workers, and that the impasse will soon be addressed.