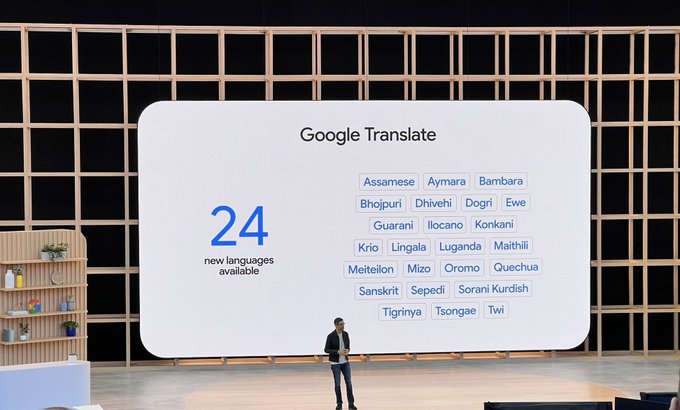 Google has added Krio and 23 other new languages to its translate platform.

According to Google, these languages added are spoken by more than 300 million people across the world and this move now brings to 133 the total number of languages available on Google Translate

Krio is the first English dialect that has been added to the platform. It is the native to the Sierra Leone Creole people, descendants of freed slaves from the West Indies, Canada, the United States, and the British Empire.

The language is the primary form of communication among Sierra Leoneans at home and abroad, its spoken by 87 percent of Sierra Leoneans and unites the different ethnic groups in the country, especially in trade and social interaction with each other.

The company said the move is to help these languages get representation in most technological tools.

“For years, Google Translate has helped break down language barriers and connect communities all over the world”.

Other key languages range from Bhojpuri, Dhivehi, Lingala, Twi, and Tigrinya. In 2020, Google Translate added five new languages to the platform in what was then its first expansion in the past few years.