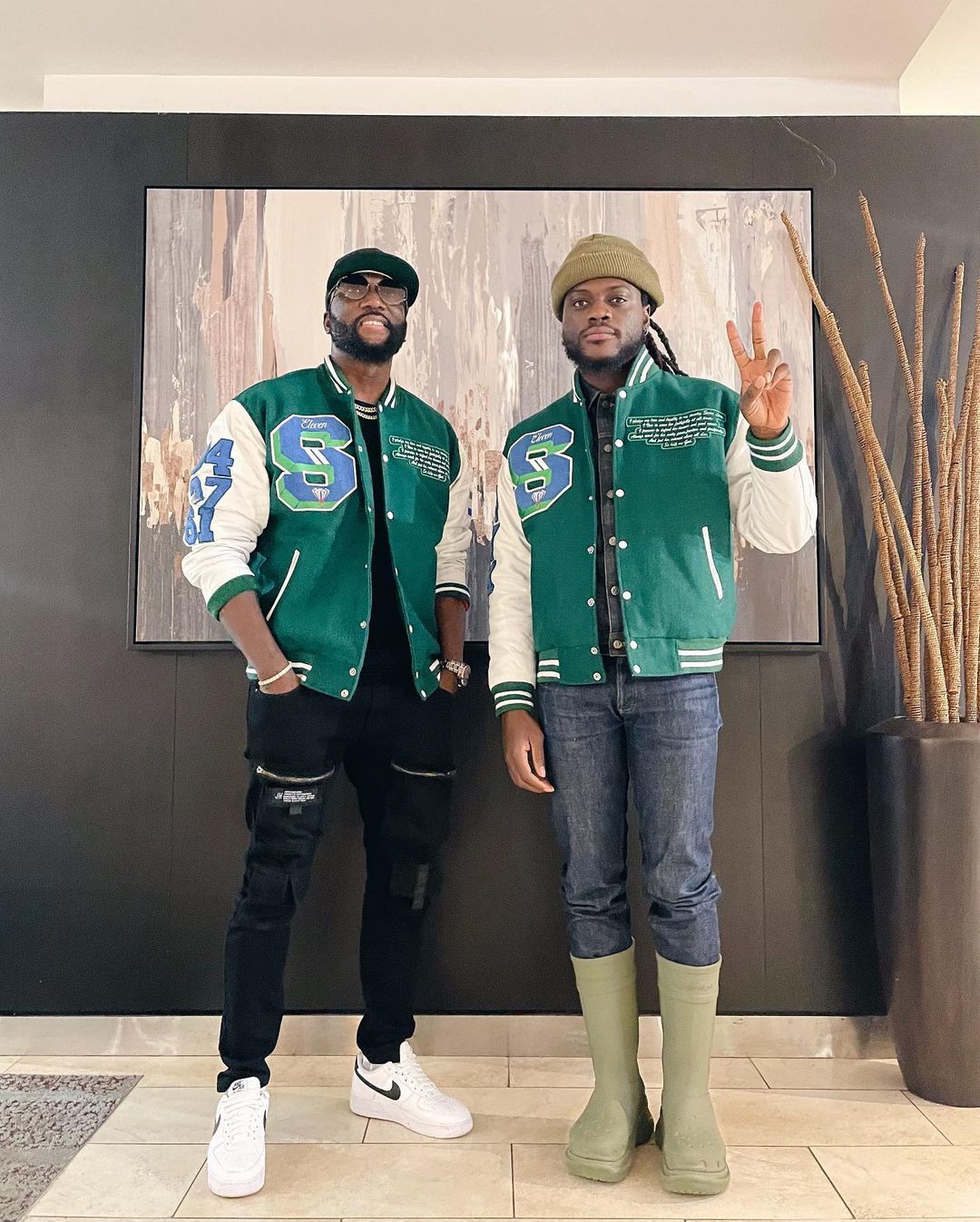 Hollyandroo, a Sierra Leonean fashion stylist and designer based in the US, has just released a new “Salone Varsity” jacket collection that is specially dedicated to Sierra Leone – his home.

The jacket is designed with the beautiful flag colors of Sierra Leone, trying to tell the history of the country since its independence, it’s dark days (the 11 years of civil wars), and the unity between the people.

“The number eleven on the S symbolizes the 11 years that the war lasted. Of course, I had to put the blood diamond on there as well. The pledge writing on the left chest was very important for me to put it on the left side because that’s right above our hearts. The red interior on the jacket represents the blood that was shed for our country, and the numbers that read 04/27/61 stand for independence on April 27th, 1961. Of course, I made sure to add the flag on the other sleeve,” said Hollyandroo.

Emmerson Bockarie was recently spotted alongside Holyandroo wearing the new Salone Varsity jacket at one of his shows in America.

In September last year, Hollyandroo designed the African Unity jacket for popular afro artist Davido, but he mistakenly left out the flag of Sierra Leone and many other countries.

According to him, when he got the contract to design that jacket for Davido, he never intended to omit the flag of Sierra Leone, but that was done by mistake. So as someone passionate about his place of birth, Sierra Leone, after facing several criticisms he decided to create something unique just for his country, and today that is what he has done and presented what the people want.

Hollywndro is currently based in New York City, and his journey into fashion designing was inspired by the bullying young African kids face when they are in the US. As a young boy growing up, having new clothes, shoes, and looking fresh makes him happy. After studying the ins and outs of designing he started just for fun but today he has an established brand that is beyond his imagination.

See images of the jacket below.