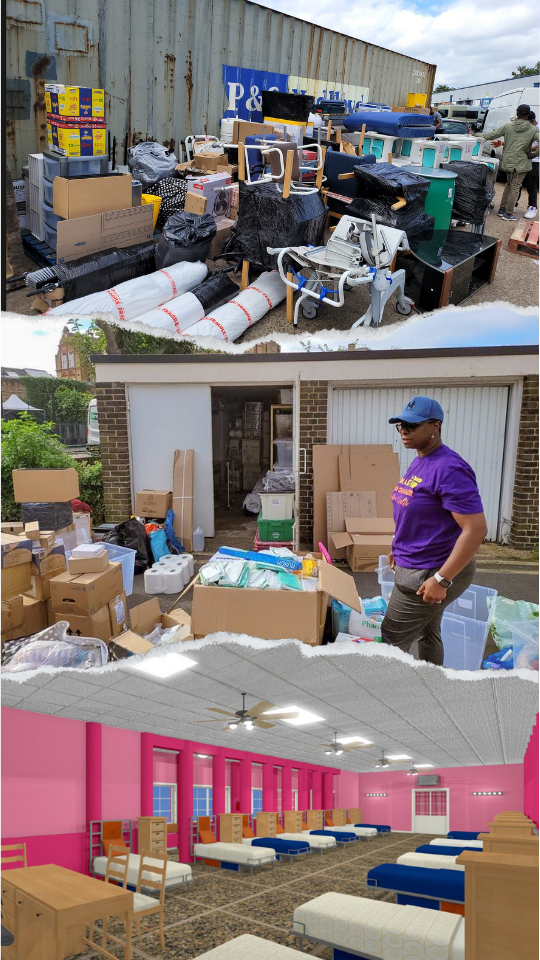 Isatta Sisay Jalloh hoped to tour a breast cancer organization in Freetown. She got that and more. She has adopted the de facto cancer care ward at Sierra Leone’s largest referral hospital.

Like thousands of diaspora Sierra Leoneans, Isatta traveled home in December 2019. She meant to have a routine holiday to catch up with friends and family. A palliative cancer care nurse, she also wanted to explore the state of care for patients.

While Isatta wasn’t aware she was going to see patients, they were there waiting to see her.

At Thinking Pink, Isatta met 16-year-old Ramatu* who was suffering from pain and stigma. Ramatu’s breasts began to enlarge when she was 14.

First,  Ramatu’s family thought she was pregnant. Then they thought it was witchcraft. As her condition got worse, Ramatu’s parents took her to traditional healers. They took her from place to place for treatment. As a last resort, Ramatu came to Thinking Pink in Freetown.

Breast cancer meant Ramatu dropped out of school. Her peers bullied her. The size of her breasts was so large it put a physical strain on her thin frame.

Worse still, Issata said that Ramatu was in a state of depression.

Isatta decided to dedicate the rest of her time to getting Ramatu the care she needed. With the permission of her guardians, Isatta raised funds for Ramatu’s surgery. She then took Ramatu to Connaught Hospital’s Ward II. It is not only for cancer care but eight out of every ten patients at Ward II are breast cancer or cancer patients.

On Wellness Wednesdays, Isatta told me that she was shocked by the state of Ward II. Like most government healthcare facilities, it was in disrepair. She said patients coming out of surgery had no privacy, little comfort, and no dignity.

Isatta decided to take action. She approached Connaught Hospital’s Board and proposed to adopt the ward. By doing so she could refurbish Ward II and improve the quality of care for patients. It didn’t take long to get the green light to give Ward II the facelift it so desperately needed.

To date, Isatta has secured 18 hospital beds and other materials for the Ward. She has fundraised $15,000 (including $10,000 she received from the C19 Dignity Fund).  But that’s just half of what she needs to complete the ongoing work to transform the ward.

Next week Isatta will travel to Sierra Leone from the UK to check on progress.

When Ward II is complete, Isatta hopes it will give hope; restore dignity for patients like Ramatu.

Isatta Sisay-Jalloh is a clinical nurse specialist, and community health advocate in the UK. She is the founder of The Health Show Partnership, a charity registered in the UK. The HealthShow Partnership has signed an MOU with Connaught Hospital for the refurbishment of Ward II.