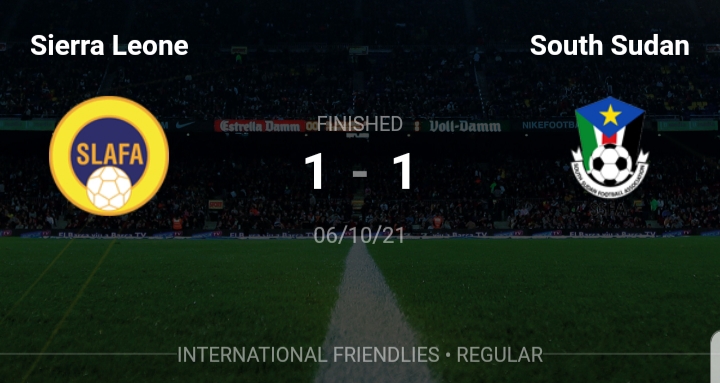 Leone Stars of Sierra Leone took a lead at the 42 minutes of the game, that’s just three minutes before the end of the first half of the game. The goal was scored by the Wycombe Wanderers winger, Sullay Kai Kai who was assisted by Osman Kakay of Queens Park Rangers.

This match played today is of three friendlies scheduled for Leone Stars to play as part of the preparation of the 2022 African Cup of Nations.