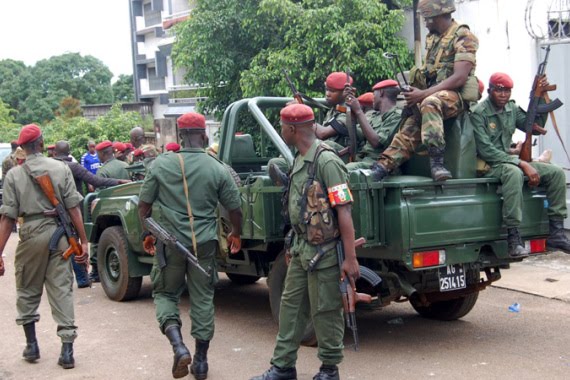 Reports from Guinea’s capital, Conakry, have shown soldiers who staged uprising states that they’ve dissolved the government of President Alpha Conde and they had taken over the West African State.

Videos shared on social media on Sunday, September 5, 2021, showed President Conde had been surrounded by soldiers and his whereabouts are unknown.

This is coming after reports of heavy gunfire were heard in the early hours of Sunday in Conakry near the country’s presidential palace. The whole area which houses the majority of the country’s ministers and state officials has been sealed off. As of this moment, there are unconfirmed reports that soldiers have been killed.

Critics who were against the ruling of President Conde are now in jubilant mode, as they claim that the government has used restrictive criminal laws to discourage political rivalries.

However, President Conde (83), was elected for a third term of office in late 2020, after he has used his power to corruptly change the country’s constitution which could allow him to run for president more than two times.