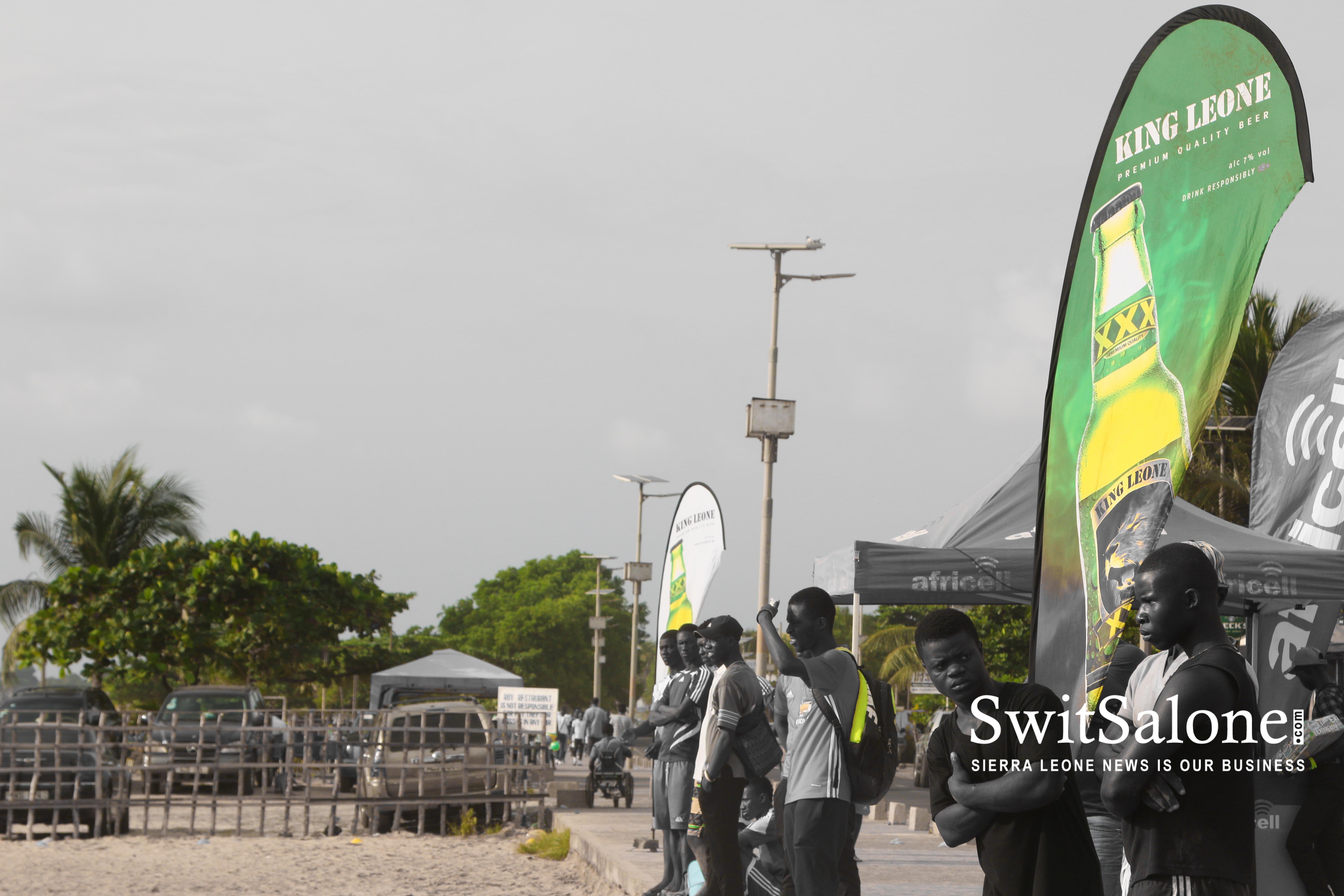 Moko Town and P.M.P played the first match of the day. Moko Town has improved their style of play as the league has reached its final week.  This was evident by their domination of P.M.P through out the first half. Moko Town scored 5 goals against a clueless P.M.P.

At the second half P.M.P created a couple chances to get one past the Moko Town goalie but they couldn’t outplay the defence. Instead, Moko Town hit back hard and scored 3 more goals to none from P.M.P. Their leg of the match ended by 8-0, giving Moko Town a straight shot to the semi-finals of the King Leone Beach Football League.

Up next were All Stars and fan favorites Limtrix. This match was a tight contest with both teams making lots of shots on target. The game however got physical as Limtrix began mounting pressure on All Stars. All Stars denied Limtrix a clear goal chance with a foul in the penalty area. The referee wasted no time in awarding Limtrix with a penalty kick. On the spot, Limtrix converted the penalty and went ahead 1-0. All Stars didn’t give up as they mounted pressure on Limtrix. By the end of the first half All Stars were able to pull one goal and level the scores at 1-1.

As the teams cooled off at the half-time break, fans raised their King Leone Beer bottles and cheered their favorites.

The second half of play resumed to better sportsmanship. The team coaches had a good talk with their teams and you could see that both teams look inspired, with neither side wanting to give up. Limtrix and All Stars created good chances but it was the latter  who emerged as the better side as they scored the winning goal.

The King Leone Beach Football League ends this Sunday as the two semi-final matches and the finals will play on the same day. This Sunday, Limtrix will play Moko Town, and Swerve FC will face All stars. Who’s going to be the King of beach ball? Join us on Sunday, mid-day to find out.