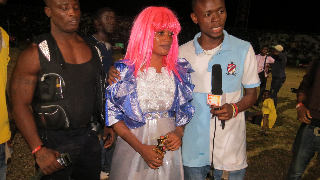 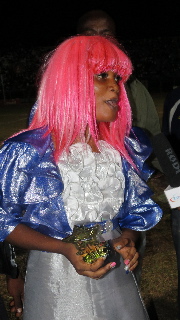 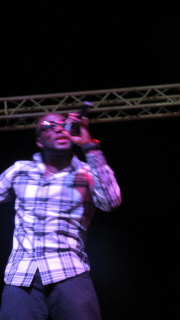 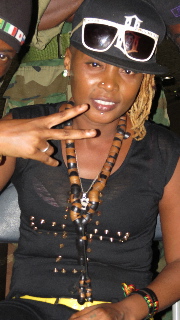 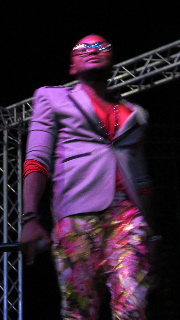 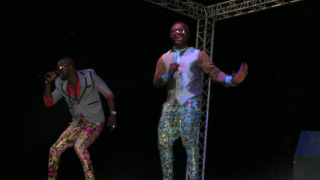 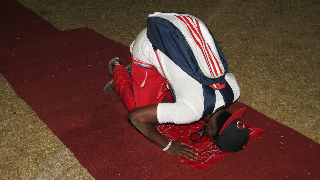 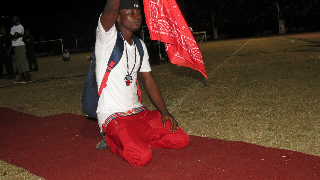 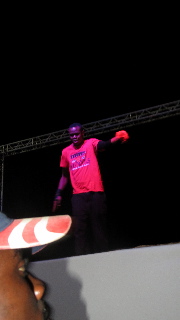 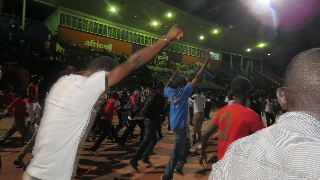 The National Music Awards organized by the Union of Sierra Leone Disc Jockeys’ was hosted at the national stadium with over 1000 spectators from across the country. The stars came in their best and they were mobbed by fans as they walked the red carpet.

Despite the difference in their time of arrival, the center of attention for all the stars was Star Zee who walked into the VIP lounge with over fifteen bodyguards dressed in military uniforms. Her arrival caused a stir especially when she walked passed her rival Willie Jay and went to a separate place where she sat with her crew and management. Willie Jay on the other hand came in dressed in all black with a huge hat covering her entire face. She wasn’t well recognized by many who saw her pass and even at a particular point, photographers have to ask her to lift her hat a bit so that her beautiful but hidden face could be seen. Even though the event started later than expected Rhage, dressed in a black tights with a red top took up the stage and displayed a spectacular performance alongside her dance troupe with her best single “Na Lie”.

The awards started minutes later with Timberland winning the Best Texters followed by Alonzo wining the Best Lovers Rock for his song Mariama and The Assalam Brothers going home with the Best Islamic Song while Kwame Coker won the Best Gospel Song.

The event was later followed by several other performances from Laurish, Nasser Ayoub, K-Man, Nasser Ayoub, Emerson, Cee JAY AND Wahid. Camouflage, who just signed to RFM stunned the stadium with his popular hit single “No to u bisnez” featuring LAJ of the same movement.

The most anticipated award for the Hip Hop then came as the crowd anxiously waited for the winners. The first Hip hop award went to Boss LA of the Red Flag movement who won the Best Hip hop Song of the year for his hit song “Freedom. It was around 5:00am when they finally announced the nominees for the Female Hip Hop category with Star Zee, Missy Cream, Fativa, Empress P and Biggie Shine.

Star Zee finally won the award but was not given due to controversies between her and the organizers of the award ceremony. According to one of the organizers, Star Zee owed the DJ’s Union an apology over her rap song “Bang 2 Zero” in which she dissed fellow rapper Willie Jay. The DJ  Union, thought the song to be too explicit and demanded that Star Zee apologize.The rapper refused. The controversy continued for about 30 minutes before she  walked out of the stage without the award.

The Best Male Artist was the last category announced. The five contenders were; YOK-7, Kao Denero, Boss LA, Mr. One and PM Da Playa. After a long wait, Kao Denero finally took the award. Even though Kao Denero was not present, a member of the Black Leo family went on stage and accepted the award on Kao Denero’s behalf.

In summary, the night’s winners are:

John Dumelo on the cover of first Issue...