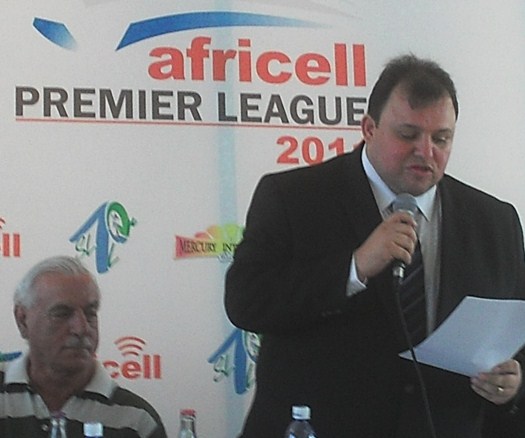 Mohamed Fajah Barrie reports from Freetown that the Sierra Leone Premier Football League has been suspended indefinitely. The managers of the league say that they do not have enough funds to continue playing through the second round. They say that Leocem the cement company owned by Isha Johanssen’s husband, (she is running for president of the football association) is the only business to sponsor the league so far.

In previous years, the league was sponsored by the Lebanese owned Africell, a mobile company. In 2011 Africell gave 100 millon leones ($22,727) to sponsor the league for a year. How or why that relationship ended is unknown. Mercury International a Lebanese owned lottery and betting company said they will not sponsor the league because the Premier League’s board only went to them as an after thought.

The fact that no one wants to touch the Premier League is perhaps evidence that those in charge need to change the way they manage its affairs. Perhaps they need to look for multiple smaller sponsors instead of big corporate brands. Football is a very lucrative sport. Besides corporate sponsorship, merchandising and ticket sales should bring in revenue as well.

But the League has not been able to fill the stands like it use to before the war.  Back then, Blackpool and Lions matches had supporters spilling out of the stands. Today only the national team Leone Stars brings the crowds. It would come as no surprise if the Ministry of Youth and Sports has to bail out the premier league. No football in an election year? Pohto pohto go catch faya oh

Peepuls says Inside Salone we all na mate [New Music]

The Banguras get married: Two Leone Stars get...