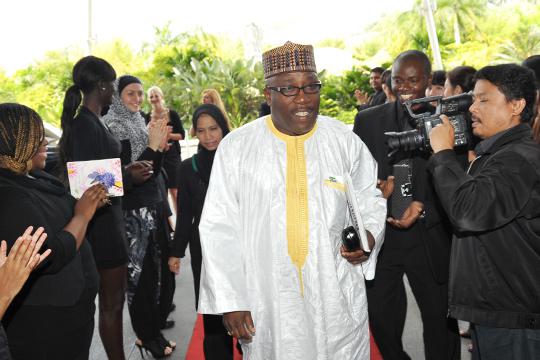 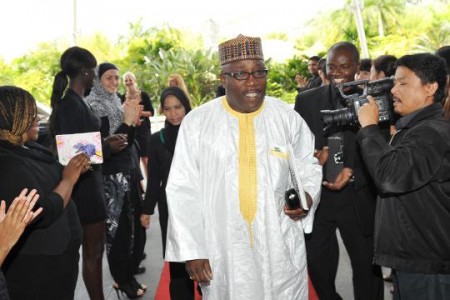 Freetown—-The Anti- Corruption Commission of Sierra Leone has today indicted two people connected to the Al Jazeera ‘Africa Investigates’ documentary on the timber trade in Sierra Leone. “The ACC wishes to inform the general public that it has on 16th April 2012, preferred a seven (7) count indictment in the High Court of Sierra Leone against Momoh Kemoh Konte and Alex Mansaray.”

The Commissioner of the ACC, Joseph F. Kamara said the indictment charges four counts of soliciting an advantage contrary to Secition 35, one (1) count of peddling influence contrary to Section 31 (3) and two (2) counts of Conspiracy to commit a corruption.

“This indictment follows investigations into the allegations contained in the Al Jazeera “Africa Investigates” documentary in which the indicted persons together with the Honourable Vice President and other
persons were allegedly implicated in the commission of corruption offences relating to the timber trade.”

Kamara said the findings of the Commission disclosed that the available evidence before the Commission does not meet the required evidential threshold for criminal prosecution against the Vice President, Alhaji Chief Sam Sumana, and the Paramount Chief Kandeh Finoh III of Gbendehmbu N’dohahun, Bombali District.

Kamara however further stated that the Commission remains poised to revisit the allegations should fresh evidence arise, noting that they  have not looked at the technical point of view but from the criminal point of view.

“We have been able to establish that there is a nexus between the two indictees Momoh Konteh and Alex Mansaray,” he said, disclosing that Konte returned home two weeks ago and reported to the ACC for statement to be obtained from him and is now on bail,while Alex Mansaray is still in New Jersey in the USA.

“We are working in close collaboration with the United States Police to track him down,” he said, adding that there has been no political pressure on him during the investigations.

Alpha B Kamara filed this story from Freetown.