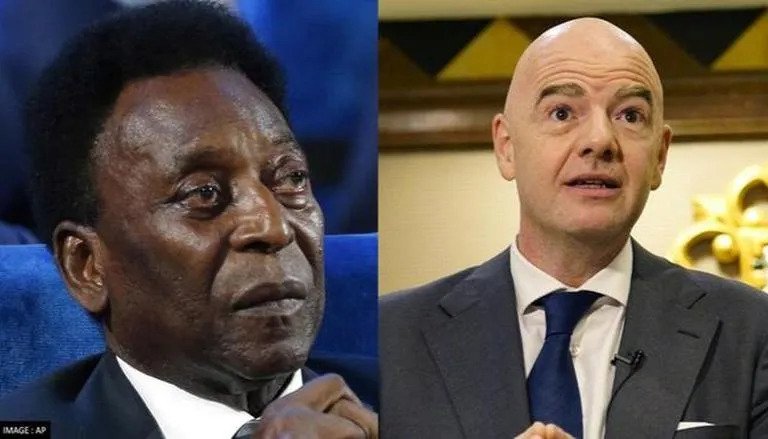 The President of FIFA, Gianni Infantino has said that the world football governing body has plans to ask every country in the world to name a stadium in honour of the late Brazilian legend Pele.

Pele, who was regarded as one of the greatest footballers of all time, died on December 29, 2022, aged 82 after battling with colon cancer since September 2021.

Infantino, who was in Sao Paulo, Brazil for Pele‘s funeral, told local reporters: “We’re going to ask every country in the world to name one of their football stadiums after the name of Pele.”

In a press statement released on the day Pele died, Infantino described him as an “exemplary sportsman”.

“For everyone who loves the beautiful game, this is the day we never wanted to come. The day we lost Pele. He had a magnetic presence and, when you were with him, the rest of the world stopped,” said Infantino.

“His life is about more than football. He changed perceptions for the better in Brazil, South America, and across the world. His legacy is impossible to summarise in words,” Infantino further explained.