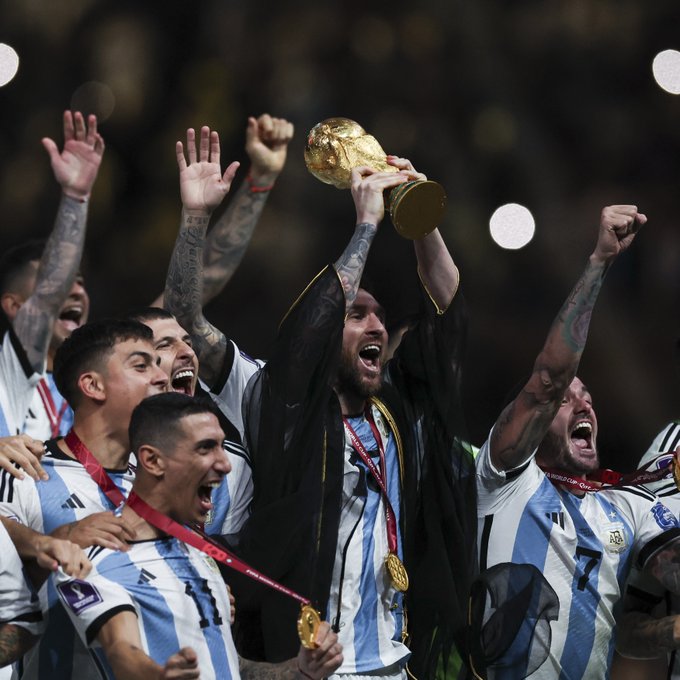 Argentina won the 2022 World Cup after beating France on penalties in the final in Qatar.

Gonzalo Montiel scored the winning spot-kick to give the South Americans a 4-2 victory in the shoot-out after the game ended 3-3 after extra time.

Lionel Messi scored twice and Angel di Maria netted for the Argentines, while France’s Kylian Mbappe became the first player since Geoff Hurst in 1966 to score a hat-trick in a World Cup final.

This is the third world title for Argentina, with Messi crowning an extraordinary career by lifting the golden trophy at Lusail Stadium. His contributions towards Argentina winning this trophy were impactful, and his name has been written down in history books as the Greatest Player of All Time “GOAT”.