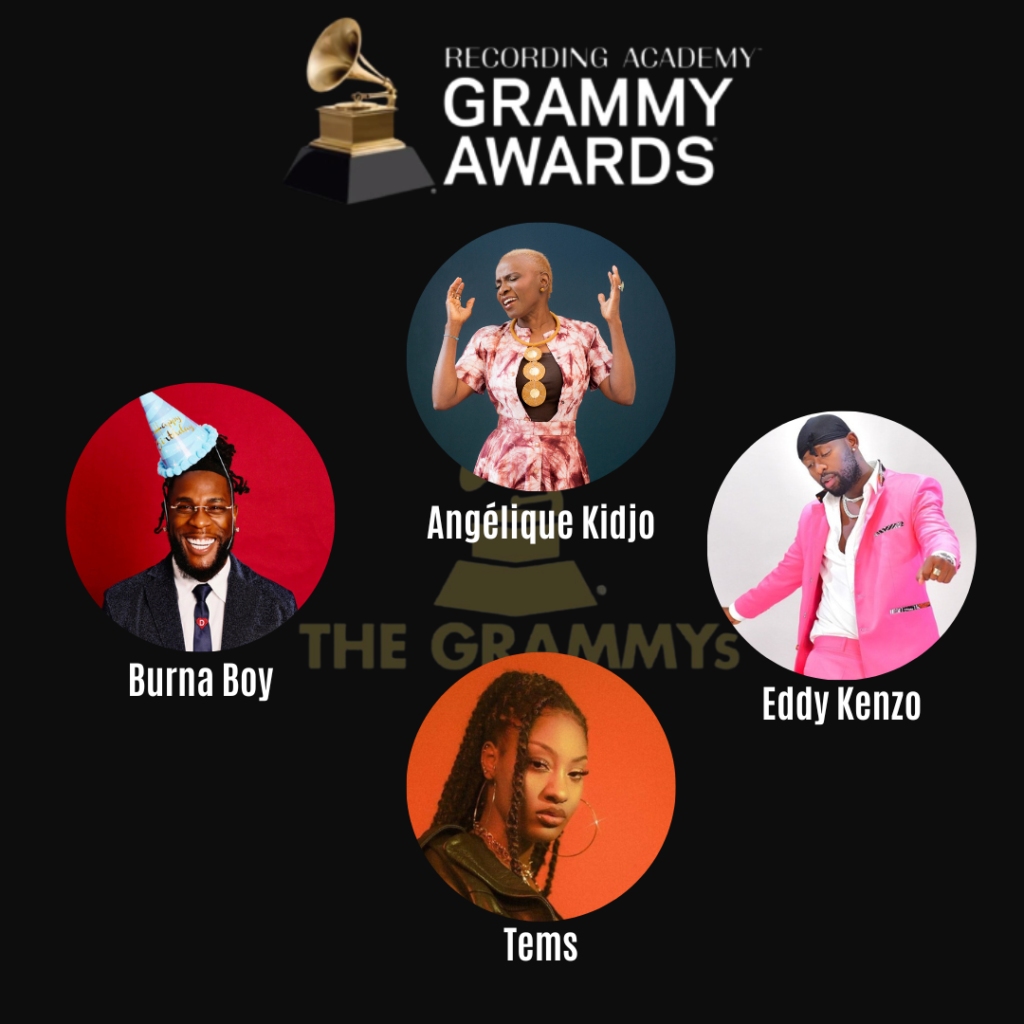 Nominations for the 65th Grammy Awards have been released and top African stars like Burna Boy, Angélique Kidjo, Tems, and  Rocky Dawuni are all nominated this year.

Nigerian singer and songwriter Tems has been nominated for her writing on Beyonce’s Renaissance album and for rapper Drake’s Wait For U song which is nominated for Record of the Year.

Ugandan Afropop dancehall star, Eddy Kenzo has become the first artist from Uganda to be nominated for the Grammys. South African artists Zakes Bantwini and Nomcebo Zikode are also nominated for their performances of the hit single, Bayethe.

The 65th edition of the awards will take place in February 2023, in Los Angeles, USA.