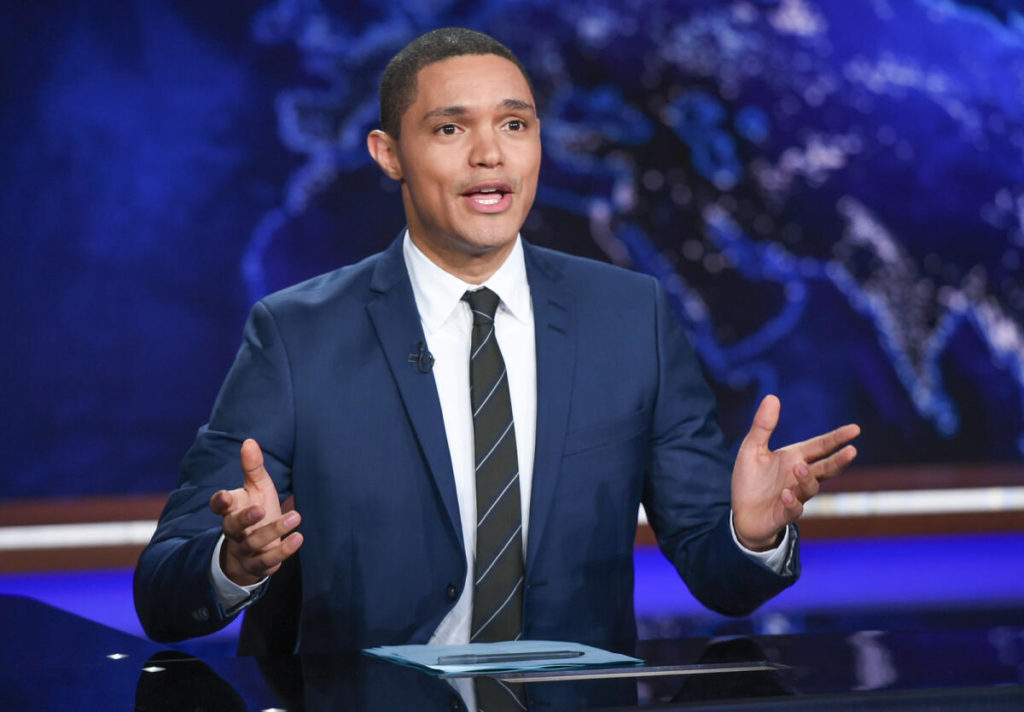 FILE - In this Sept. 29, 2015 file photo, Trevor Noah appears during a taping of "The Daily Show with Trevor Noah" in New York The new "Daily Show" host is finding his footing after a rough start replacing Jon Stewart, the man who made the broadcast essential. His comedy is sharper, he's becoming more comfortable with his adopted country and he's finding an audience of his own, even if smaller than his predecessor's.. (Photo by Evan Agostini/Invision/AP, File)

South African comedian, Trevor Noah has announced he is stepping down as the host of The Daily Show.

Noah, 38, said he was “filled with gratitude for the journey” but that there was “another part of my life that I want to carry on exploring”. He hosted the satirical news and talk show for 7 years, after taking over Jon Stewart in 2015.

The comedian began his career in his native South Africa, releasing a string of stand-up specials and hosting a late-night talk show before relocating to the US in 2011. When he started hosting the Daily Show on Comedy Central Network, he was unknown, but since he took over he has become an internationally-recognized star and won numerous television awards.

While making the announcement of his stepping down, he sends out his appreciation to the show’s crew and loyal fans for an amazing 7 years.

“It’s been wild, truly wild. I remember when we first started… so many people didn’t believe in us. Appointing me as host was a crazy bet to make. I still think it was a crazy choice, this random African. I just find myself filled with gratitude for the journey. It’s been absolutely amazing. It’s something that I never expected,” he said.

The Daily Show is an American late-night talk and satirical news television program. It airs each Monday through Thursday on Comedy Central. The show which draws its audience to comedy and satire premiered on July 22, 1996.