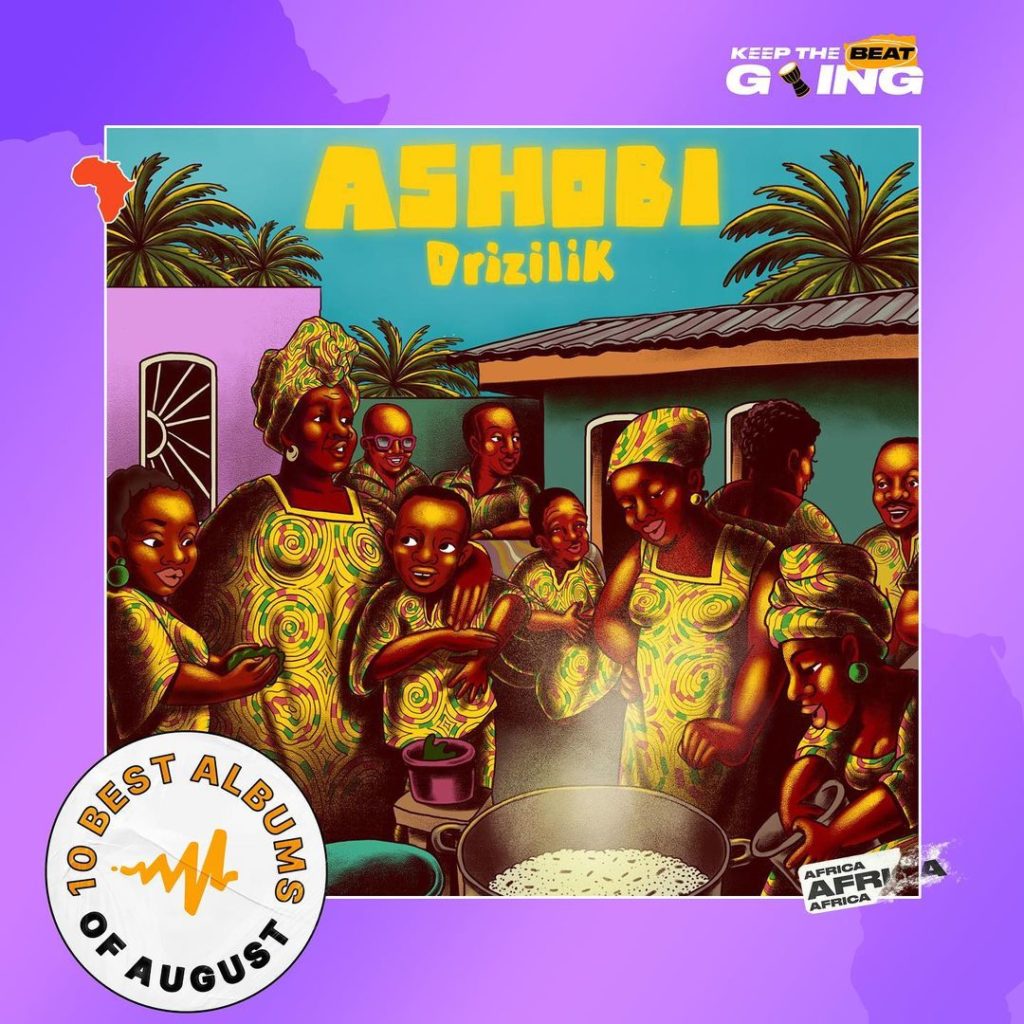 Drizilik’s new Ashobi album made AudiomackAfrica’s  “Top 10 Best Albums” for August 2022. The list features a mix of different albums with diverse genres from top artists across the continent.