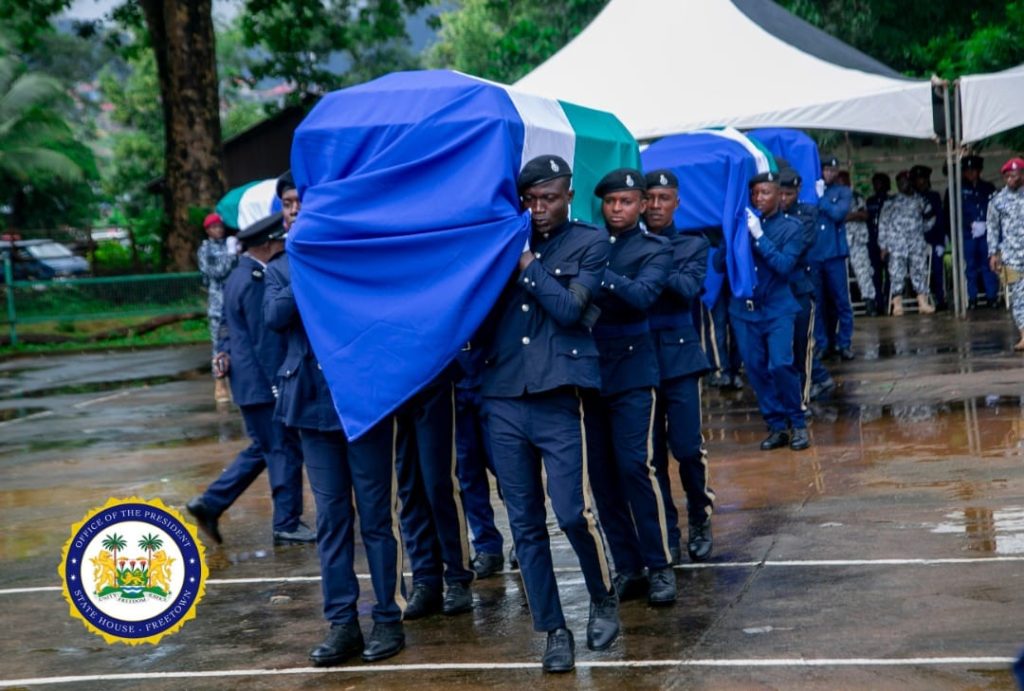 The Government of Sierra Leone on Tuesday, August 23, 2022, buried 6 police officers who died during the violent protests on Wednesday, August 10, 2022.

The civic funeral ceremony was graced by His Excellency President Julius Maada Bio, government officials, family members, and the general public at the Police Training School in Hastings. In his address to the public, President Bio called for national unity.

“This is a sad day in the history of our country, as we come to give our final respect to the victims of a violent and brutal attack on our peace and democracy. We have worked very hard as a nation for nearly two decades. We thought violence was completely taken away from the tools that would be used to resolve our differences,” said President Bio.

He further assured the public of his government’s commitment to protecting the interest of the country and also asked that citizens continue to keep the peace.

“We can keep the peace. We can be a normal society like all other nations. This was what our brothers were fighting to maintain, just to make sure we lived in safety and peace. They have paid the supreme sacrifice by doing that”.

He finally assured the bereaved families that his government would investigate and take to task all those who had committed the crimes on August 10, 2022, reiterating that the country and its people could not develop if they were not united and therefore could not achieve much without the rule of law.

Members of the bereaved families expressed their devastation and asked for justice for their loved ones.