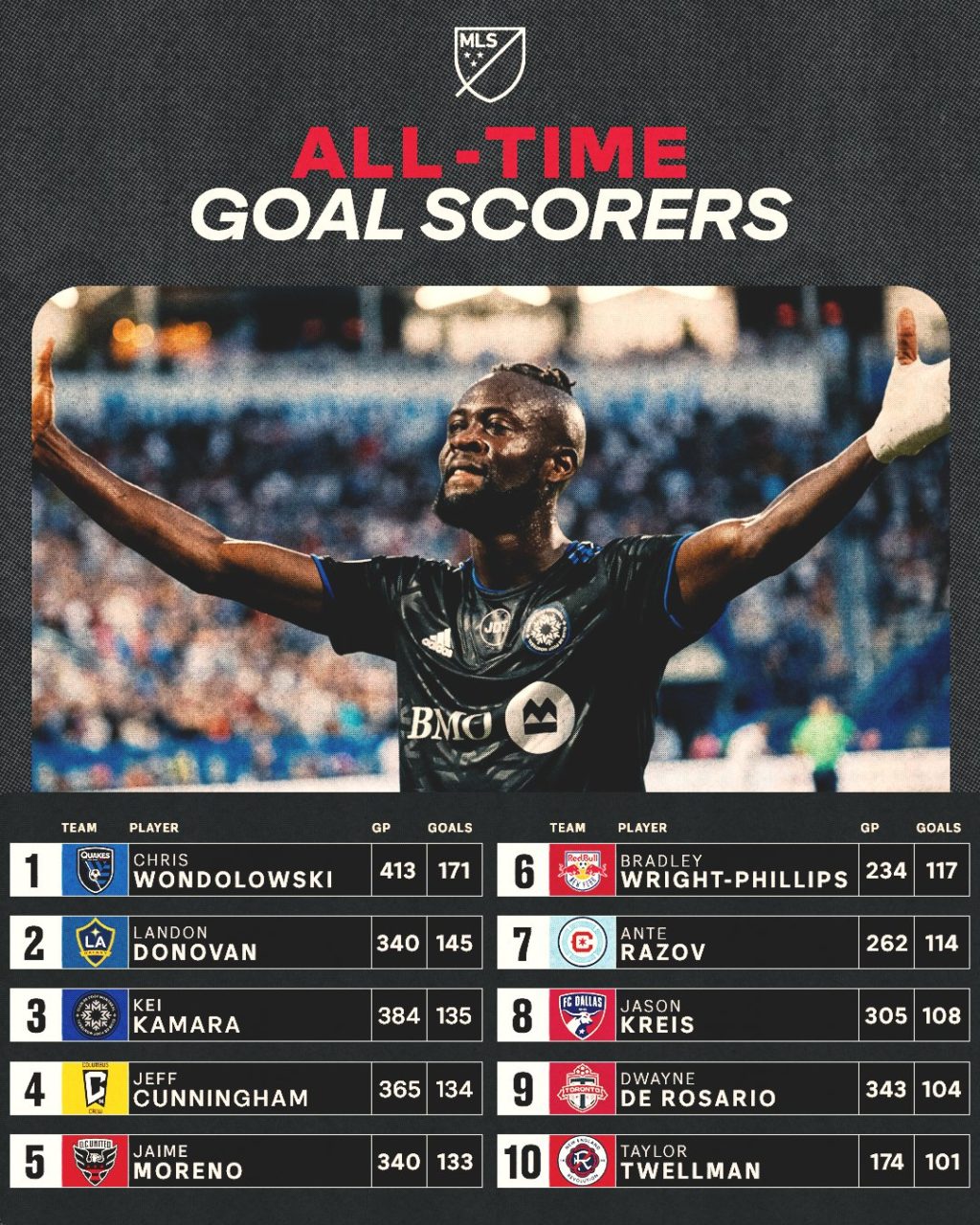 Kamara, 37, currently playing for CF Montreal, scored 135 goals after playing 384 matches. He joined the league in 2006 with Columbus Crew and he had a successful career all through his years in MLS.

The forward who signed for CF Montreal in February this year is the only active player in the top 10 of MLS’s all-time goalscorers chart. He currently has 5 goals with 5 assists after 25 appearances this season.

Kamara is 10 goals behind US soccer legend Landon Donovan (145), for whom the league’s MVP award is named after.