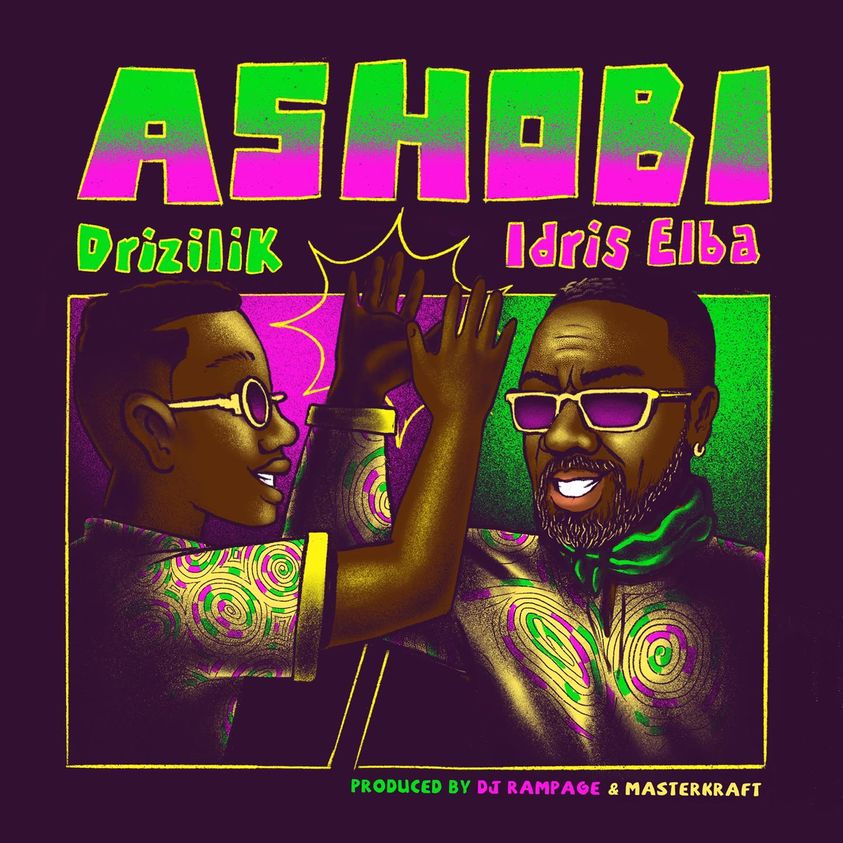 To make music with Idris Elba is a big deal!

“Freetown is experiencing a music revival, fusing our culture with trending music—gumbay and afrobeats. Idris is a multi-hyphenate creative. If he says a song is hot, it’s hot,” said Drizilik from London, where he has a concert later this month.

The new single is a fusion of trap, afrobeats, and gumbay––a musical tradition brought to Freetown by Jamaican Maroons. It opens with the signature harmonica of gumbay maestro Israel “Dr. Oloh” Olorunfeh Cole. Listen close, and synthesized trap drums transition to gumbay bata.

DJ Rampage, the producer behind the Ashobi cultural celebration, said Krio music made by Ojeh, hunting societies, and gumbay bands was his inspiration.

“Whether it’s gumbay drums or Bubu horns, we have our sound, and I want to share that with the world,” said DJ Rampage.

“One thing I appreciate about working with Drizilik is his commitment to making trendy music that uplifts our culture.”

Nigerian hitmaker Masterkraft also serves as producer, adding his special magic to the record in Lagos.

Ashobi is an invitation from Sierra Leone to the world to get down and dance. For Sierra Leoneans, it’s a new soundtrack for parties, weddings, and ashobi-required gladigladi.

The song is available across all streaming platforms, including Audiomack, Spotify, and Apple Music.