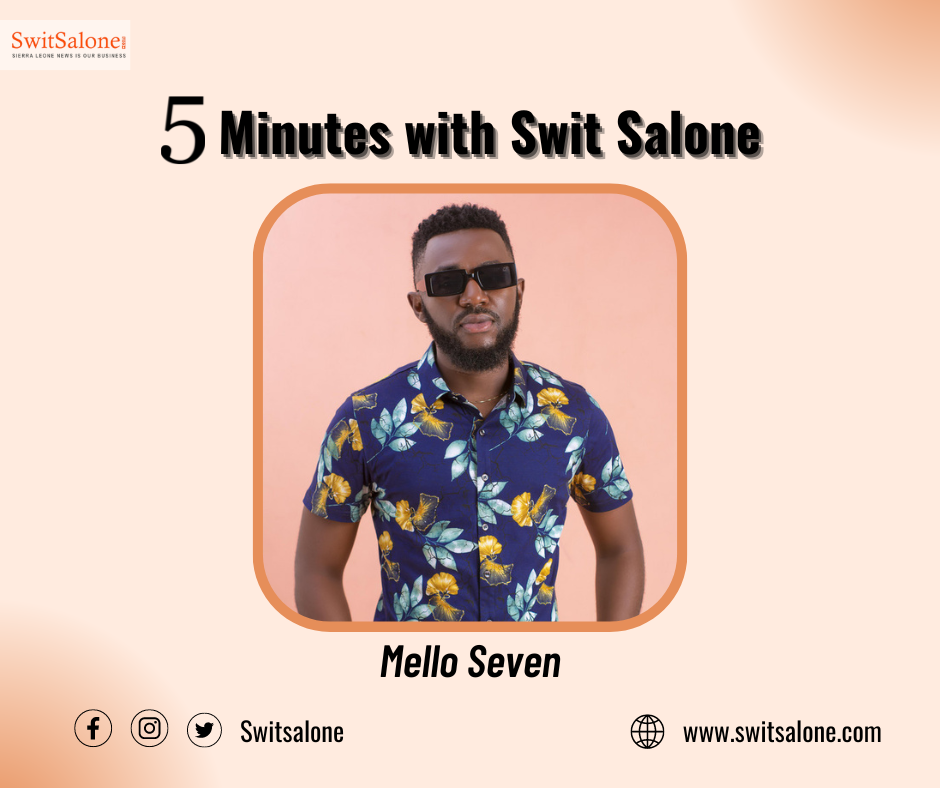 The seventh episode of 5 Minutes with Swit Salone with Mello Seven, a Sierra Leonean afro-fusion singer and songwriter is out now.

Mello was born in Freetown, he came into the entertainment scenes in 2019 and was signed to the Creative Dreams Empire alongside Ditto Freaky. The singer is currently signed to Eminence Africa and has collaborated with top musicians including Drizilik, Shadow Boxxer, Jooel, and many others.

“The Map” with Jooel and Drizilik, followed by “One Time” are his biggest songs so far since he started his music career.  Mello is one of the entertainers recently signed as Brand Ambassadors by  Orange Sierra Leone.

In this episode of the show, he takes us through a journey as one of Sierra Leone’s fast-rising musicians.