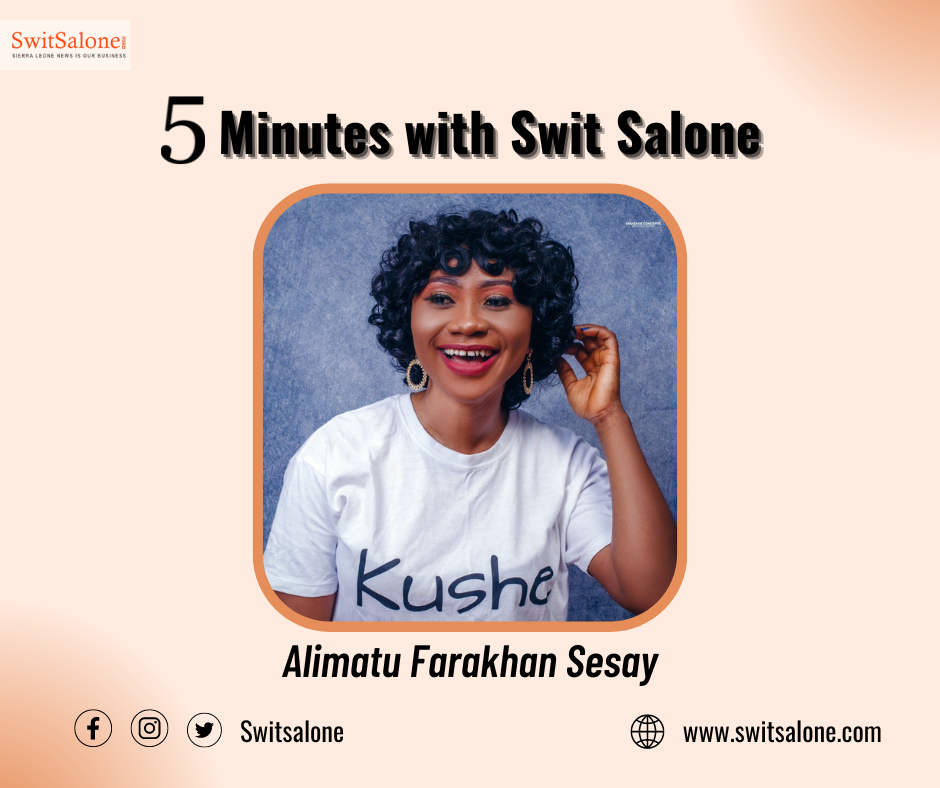 The sixth episode of 5 Minutes with Swit Salone featuring Alimatu Farakhan Sesay, a Sierra Leonean actor, movie producer, and founder of Lema’s Diary is out now.

Alima was born in Kenema, Eastern Province of Sierra Leone. She owns a BSC Degree in Commerce from the University of Sierra Leone and she is presently on her MBA at Njala University. Her central theme as a producer is to tell stories that matter and will be able to send messages to people around her and the environment.

Lema’s Diary premiered its first movie entitled ‘Wild Emotions’ in 2016 and was a success in all respect. Later in October 2019, they released their second blockbuster called ‘ Together by Law,’ an intriguing love story that is full of drama, comedy, and suspense. Their recent project ‘Profit Point,’ a  movie based on Edutainment that uncovers the realities in society was premiered on Kip Kompin Television hosted by Young Salone.