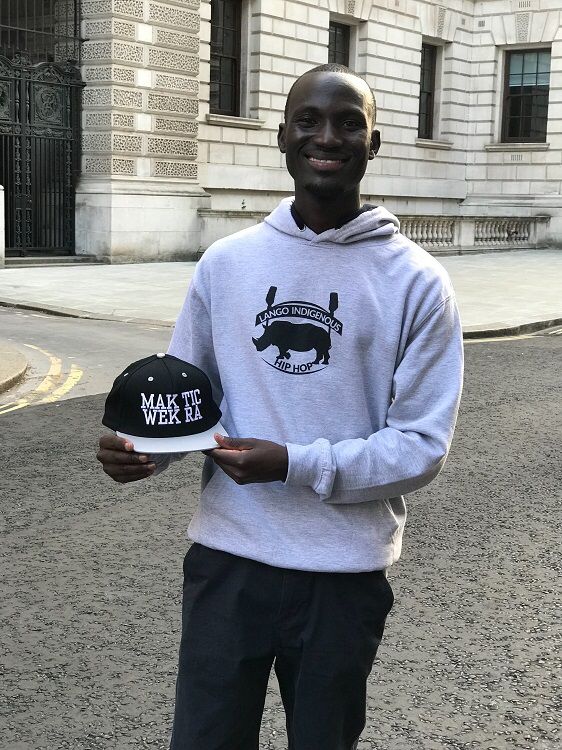 Dealrafael Jsp-E (Jaspher Ewany), an indigenous hip-hop rapper, a community youth activist, and founder of the Lango Indigenous Hip-Hop movement based in Uganda is using music and dance to promote agriculture.

Jaspher Ewany studied MSc. Agriculture for Sustainable Development at the Natural Resources Institute, University of Greenwich, in the United Kingdom.  His Master’s studies were funded by the Commonwealth Scholarships in the UK, the most prestigious scholarship in the world.

For him Indigenous Hip-Hop, is a great way to communicate, express yourself and promote relevant messages in your local languages using rap. He usually runs “Hip-hop boot camps” and events for youngsters and practitioners in all elements of Hip-hop, MC-ing/Rapping, DJ-ing, and beatboxing – using local knowledge, art, fashion, stories, poetry, and languages to encourage them to express themselves.

“My aim is to encourage young people to practice Hip-Hop in a healthy manner whilst preserving the Hip-Hop culture and fulfilling the principles of the Hip-hop declaration of peace,” said Jaspher Ewany.

In the Lango sub-region of northern Uganda, his indigenous hip-hop projects mainly benefit teenagers, women, and vulnerable children in the community. He has been able to successfully combine his two great passions in life, both in agriculture and hip-hop.

Jaspher Ewany, was able to boost his adversity in helped by his indigenous hip-hop work while he was at NRI, and was helped greatly by Professor Adrienne Martin, the Director of Programme Development at NRI to broaden his design on how he could indigenous rap in agriculture.

“I definitely make the most of my stays abroad including whilst pursuing further studies to make connections with the Hip-Hop communities”.

Upon his return to Uganda, he met the soybean breeders from Makerere University and demonstrated to them how Indigenous Hip-Hop music could be used to disseminate agricultural development information.

He later produced a soybean song which was used to launch the new bean variety (MAKSOY 6N), and the newly established soybean facilities at Makerere University Agricultural Research Institute Kabanyolo, he was also announced ‘Soybean Ambassador’.