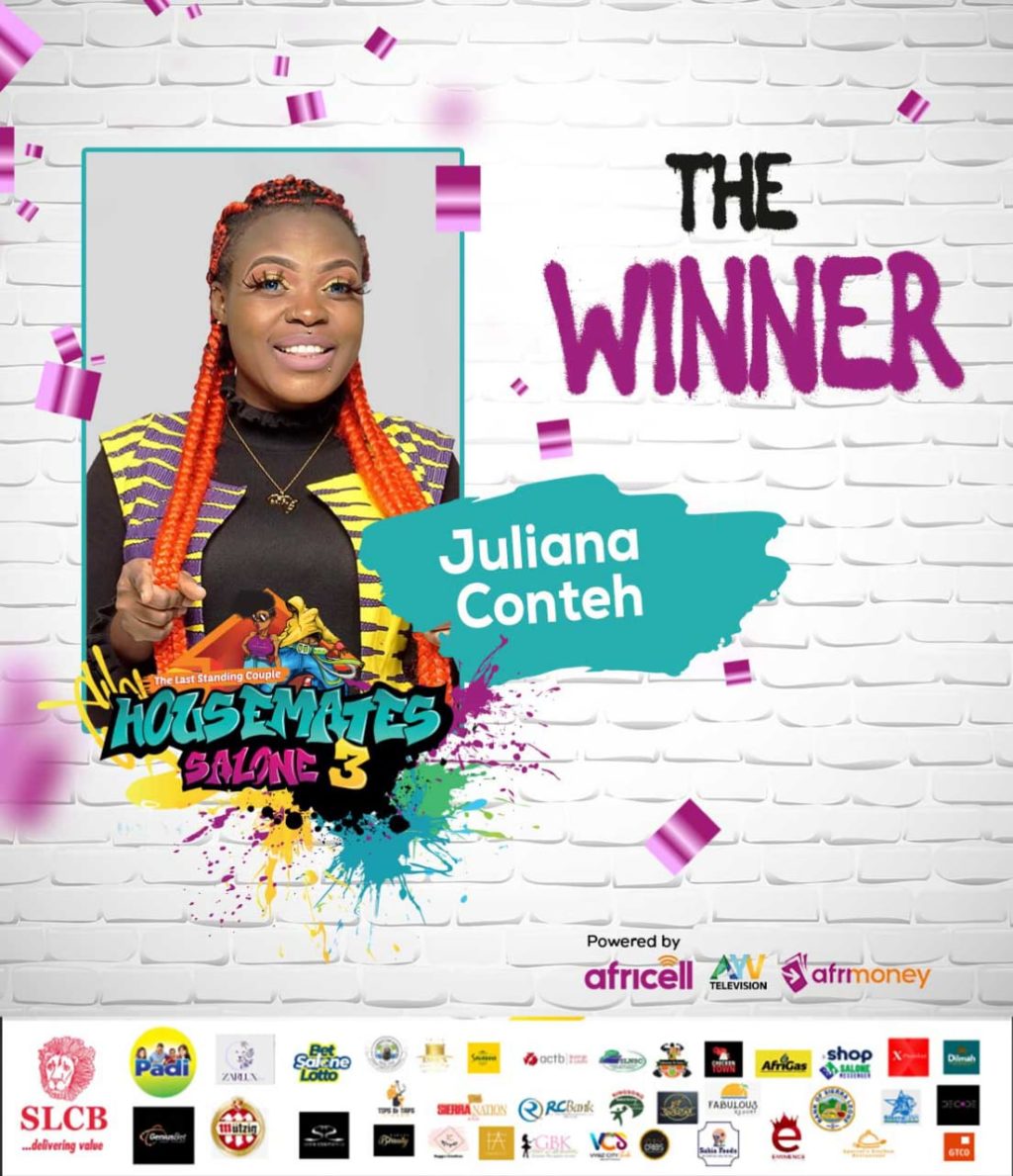 Conteh, a mother of 6 children became the second to win the reality TV show, she beat 5 other housemates at the final that was held on Sunday, July 17, 2022. She takes home the sum of SLE 250 thousand (USD 25 thousand), added with a fully paid round trip to Dubai.

This year’s Housemate Salone had so many controversies and Conteh who is based in the U.S was one housemate that attracted public attention the most.

The Big Brother-style reality TV Show keeps contestants in a house, and fans votes to decide who gets to stay in a house and who gets to leave after several weeks. The show is 100 percent Sierra Leonean and it portrays the lifestyle and general way of living of the contestants.

Other finalists for this year’s show include Alice Kanja, Almon Sall, George Taylor, Lolo Solomon, and Paul Mbayo.  Last year’s edition was won by Sariah Conteh and the first one was won by Kenchine Palmer in 2019.