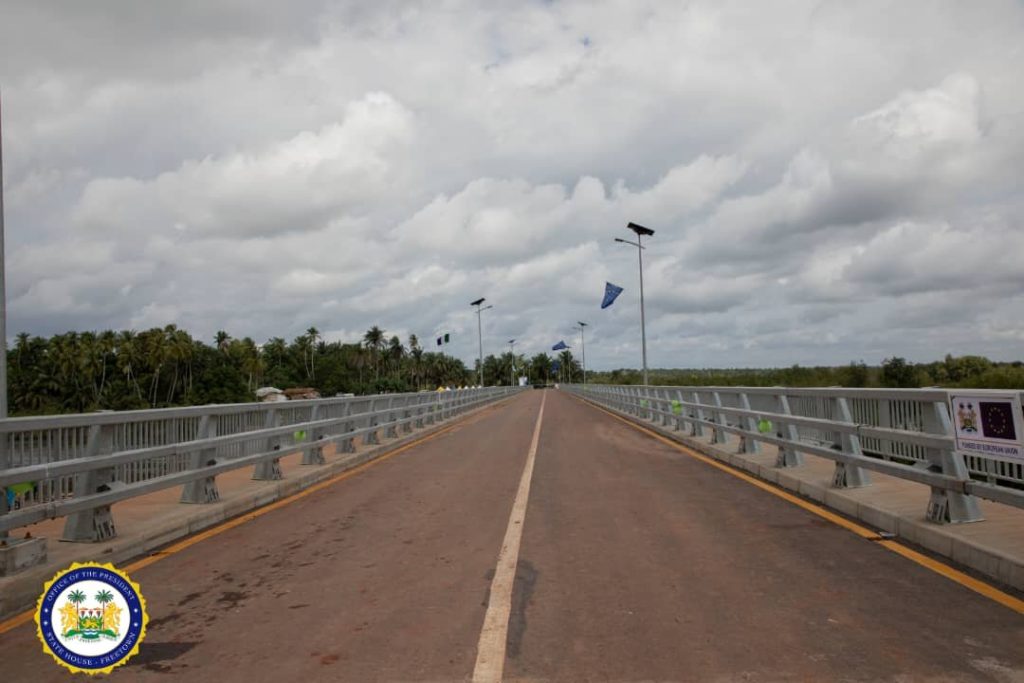 The Mabang Bridge runs through the Ribbi River, it was first built in single-lane which collapsed in February 2013, and for the first time in 9 years, it reconnects commercial activities between Koya Chiefdom in Port Loko, North West, and Ribbi Chiefdom in Moyamba, South.

“I would like to start with a minute of silence for the departed souls of people who had died crossing the Ribbi River since 2013 when the bridge collapsed with a truck. May the souls of the faithful departed rest in perfect peace. In that spirit, I want to thank the European Union that has provided finances and worked very closely with my Government,” said President Bio.

The Director of the National Authorising Office, Ambrose James described the opening as a huge milestone in the history of the country and further added that he was grateful for the conducive working environment and political will provided by the government to ensure the completion of the bridge.

EU Deputy Head of Delegation, Juan Antonio Frutos, emphasized that they had a longstanding, committed and reliable political and development partner in Sierra Leone that was encouraging and supporting the consolidation and progress on peace, stability, democracy, and governance and human rights in the country.

“Together with its ‘sister’ in Magbele, this bridge is part of a package of road infrastructure projects that Sierra Leone and the European Union intend to round off before the 2023 rainy season. Other key parts of that road infrastructure package are the road links from Moyamba Town to Moyamba Junction and from Bandajuma to the Liberian border.”