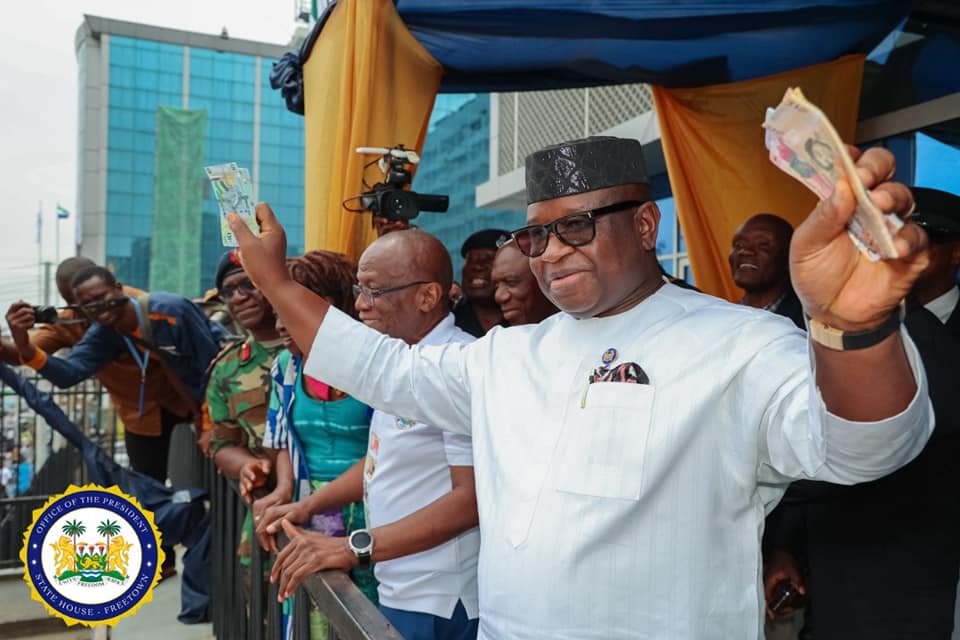 His Excellency Dr. Julius Maada Bio has today July 1, 2022, launched the redenomination of the Leone at the Central Bank in Freetown.

The theme for the new Leone is “New Money, Same Value” and its primary aim is to simplify accounting records and reduce the high amount of cash volumes needed for purchasing goods and other transactions.

“It is New Money, Same Value. New Notes, Same Value. The value of your pension, your debts, your rent, and your salary remains the same,” said President Bio.

The new Leone that is now in circulation has good paper quality and better security features. President Bio, further urged financial institutions in the country to extend loan facilities to citizens with low-interest rates.

Speaking at the launch, the Bank Governor, Professor Kelfala Kallon, said that the removal of the three zeros from old Leone notes was to make it easier to compete with other currencies. He, however, maintained that the redenomination might not solve the country’s economic problems, but through proper macroeconomic policies, it could reset the country’s currency.

“We hope that as we do this, we will bring together macroeconomic policies and structural changes that will make this the last time of denominating the currency of the country,” said Professor Kallon.

Meanwhile, there have been mixed reactions from people across the streets and on different social media platforms. Many people’s concern is the economic impact that the new leone will create in the country, considering the high level of hardship.

Below are some social reactions in relation to the new banknotes.