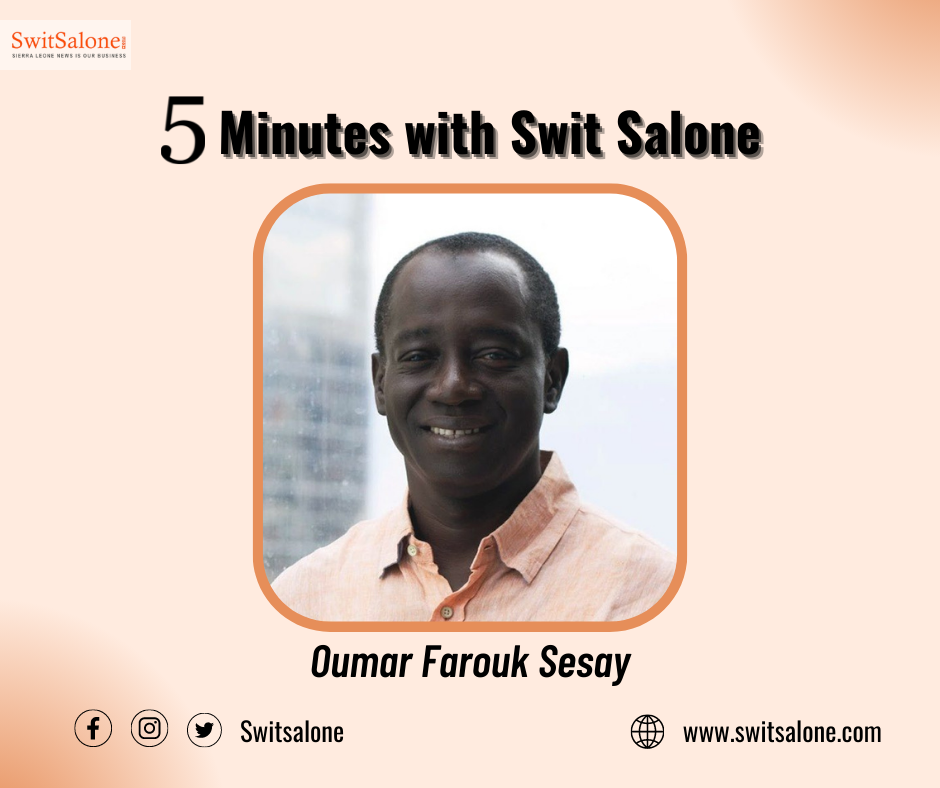 The second episode of Five Minutes with Swit Salone featuring Oumar Farouk Sesay, a Sierra Leonean poet, playwright, and journalist is out now.

Farouk is the current president of PEN Sierra Leone chapter, his first volume of poems, “Salute to the Remains of a Peasant’‘ was published in 2007. Over the years, he had made publications in many anthologies of Sierra Leonean poems including “Lice in the Lion’s Mane,” “Songs That Pour the Heart,” “Kalashnikov in the Sun,” and “AFRIKA IM GEDICHT.”

In recent years one of his poems, “Song of the Women of my Land,” was added to the Literature-in English for the West African Senior School Certificate Examination. He is also the resident playwright of “The Throne”, a play that opened in Freetown in February 2022.

Five Minutes with Swit Salone is an entertainment series that features top Sierra Leonean celebrities in music, movie, and art. The show allows its guests to give a full background of their life from the beginning of their careers to their present stage.