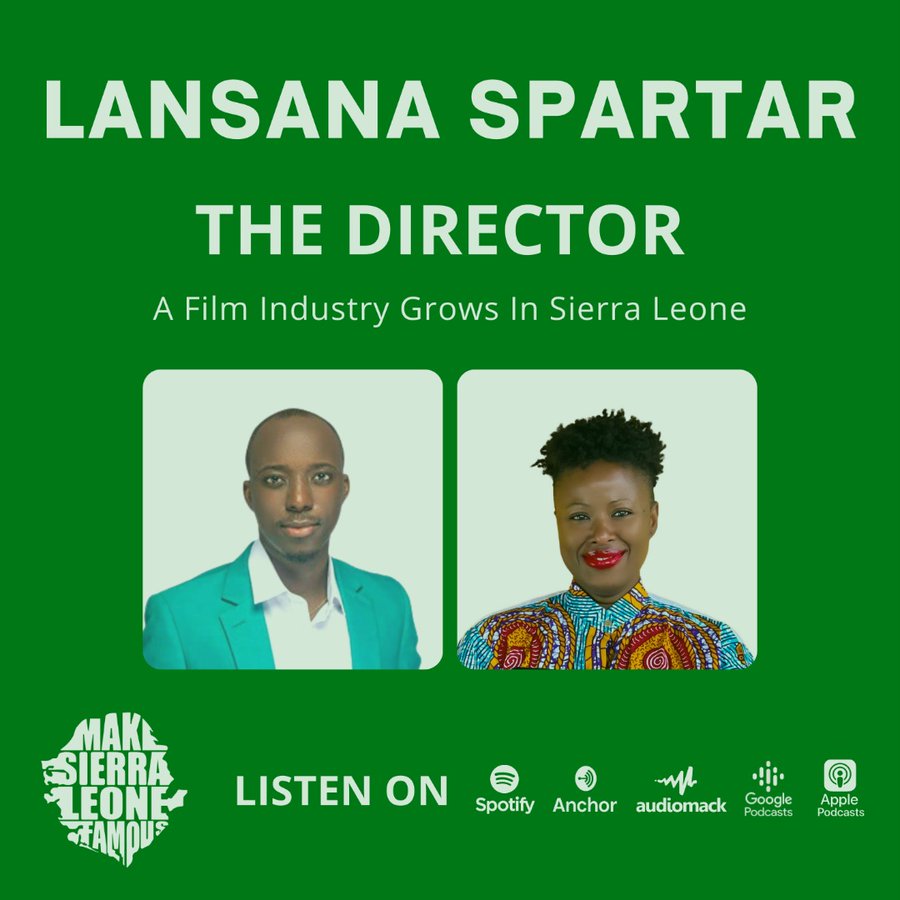 The Make Sierra Leone Famous podcast “The Director: A Film Industry Grows In Sierra Leone” is out now. Host Vickie Remoe chats with Mohamed Lansana Spartar, a Sierra Leone screenwriter and movie director based in Freetown.

He has written 6 movies including, Deep In The Game, Save By Grace, Together By-Law, Profit Points, and Wate Berra, a documentary film about the life and work of Haja Zainab Hawa Bangura, the former Minister of Foreign Affairs in Sierra Leone.

In this conversation, he talks about his journey as a filmmaker, the growth of the Sierra Leonean films, and the importance of passing legislation to protect and support the movie industry.

“While in school at Prince of Wales, I was in the drama department and I was acting in different roles whenever we have our annual prize-giving ceremony. Since then people started liking my acting skills, telling me that I can be a good actor. At the age of 17, a friend shared an audition flyer with me and I participated in it, but unfortunately, they did not call me. I later went for another audition, where I ended up being a production assistant, from that moment I started learning the different know-hows of making films and that is how I started my journey.”

Lansana further speaks about the big standout changes that have occurred in the movie industry since he released his first film in 2016.

“We have grown production-wise, now we are using standard cameras because if we want to hit the international market this is one of the criteria we must be able to meet.”

Last week’s show featured Chef Renata. Next week Remoe chats with Namina Forna.
The podcast is made possible thanks to support from brand partners like the US-based air freight company DotBleu which ships packages to Sierra Leone from Washington DC; the DollHouse Boutique a household name for American fashion with stores in Baltimore and Los Angeles, and the Asmaa James Foundation, a nonprofit organization that supports girls and women to improve their livelihoods.