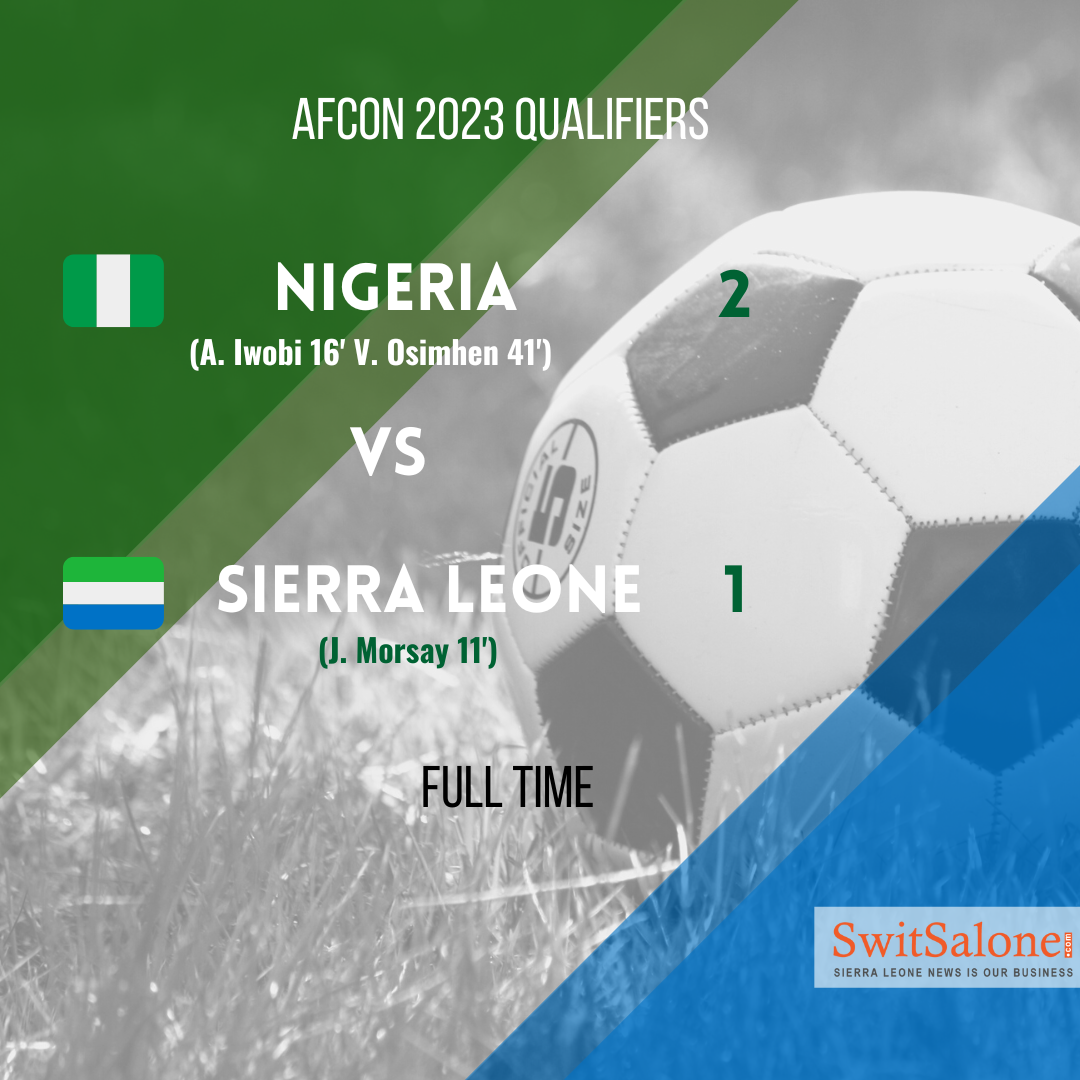 The Super Eagles of Nigeria have defeated the Leone Stars of Sierra Leone by 2-1 at the M.K.O Abiola Stadium, Abuja in their opening encounter of the 2023 Africa Cup of Nations qualifiers.

Leone Stars took an early lead after Jonathan Morsay scored in the 11th minute, but Alex Iwobi with a solo shot from the left-wing gave Nigeria the equalizer in the 16th minute, and in the 40th minute Victor Osimhen put the Eagles in front.

This is the 17 times both sides have met, with Nigeria having a superior record of 10 wins. Sierra Leone has had two wins only and has 5 games that ended all square. In November 2020, the two teams played the most talked-about rivalry, which saw Leone Stars come back from four goals down to equalize 4-4 at the end of the match.

Nigeria and Sierra Leone had an early exit in the 2021 Africa Cup of Nations in Cameroon. The  Leone Stars stopped at the group stage and the Super Eagles were sent out by Tunisia in the Round of 16.

They will also face Guinea-Bissau and Sao Tome and Principe in Group A to book a place in the 2023 tournament in  Ivory Coast.