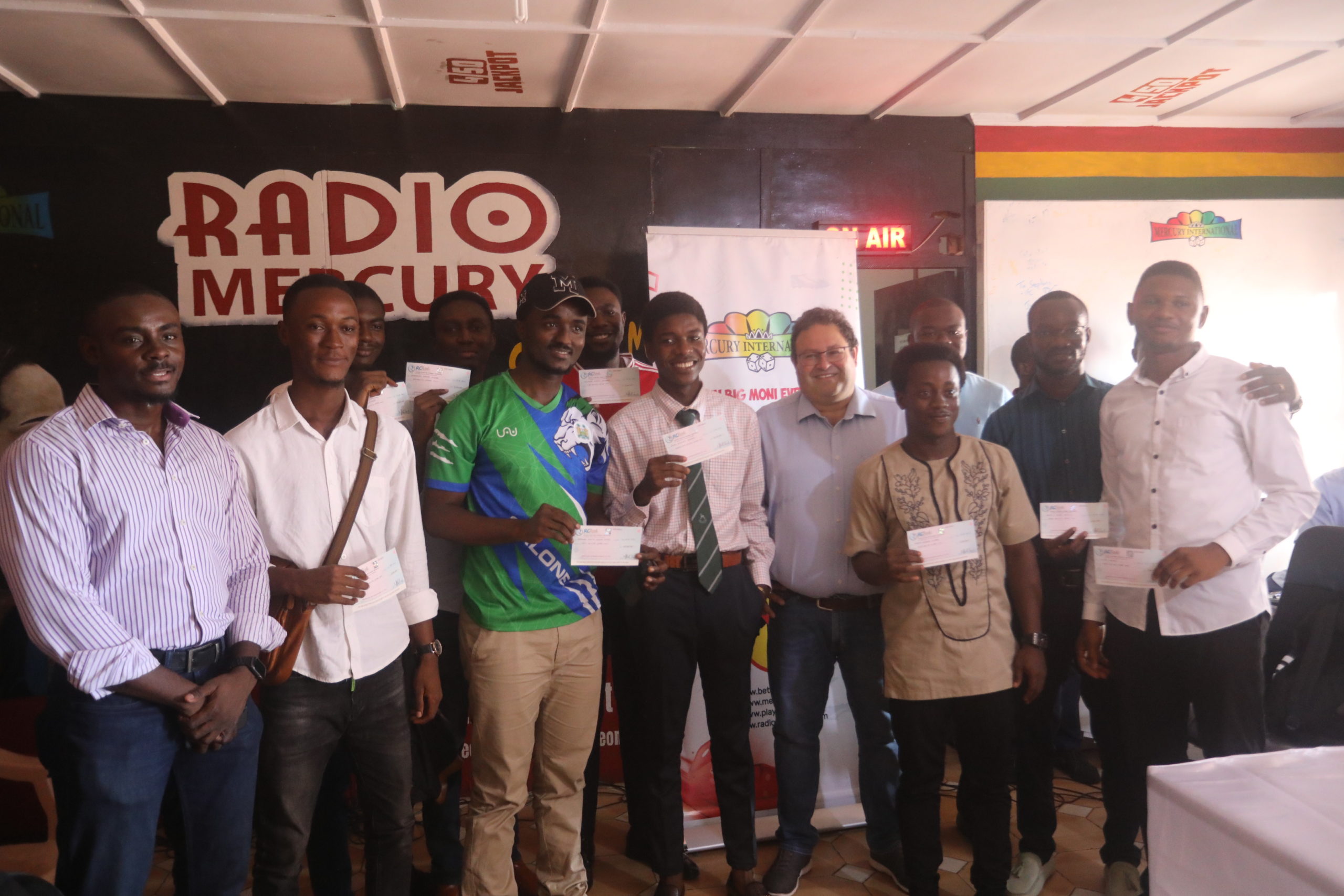 Mercury International has on Wednesday, June 1, 2022, distributed 200 Million Leones to the top 10 managers of this year’s Mercury Fantasy Premier League.

The Fantasy Premier League is an online game that gives you the chance to showcase your tactical skills as a fantasy manager. As a manager, you are tasked to select and construct a well-balanced squad with a pool of real-time English premier league players who score points as they perform in their matches played and for their teams.

As the sole manager of your squad, you can pitch your team against other teams of registered managers all over the world. This year’s edition is the second season of the global competition in Sierra Leone and over 4600 players registered to participate.

Martin Michael, the Managing Director of Mercury International, congratulates all the winners and commends the efforts they put up throughout the season despite the different challenges.

“Congratulations to all of you. I know there’s been a little bit of tension, that usually happens in competition and it’s good. The Premier League is the biggest competition in the world. As a sports betting company we want people to enjoy themselves, you know, and at the same time, have an opportunity of doing something where you can win money without losing money,” said Michael.

While expressing his appreciation, Samson Barbar Kamara, says that the journey was tough but now that he has won will be a good boost for him.

“I am a student and this money will be a great help for my education. It will also help me accomplish some of my major plans,” said Samson Kamara.