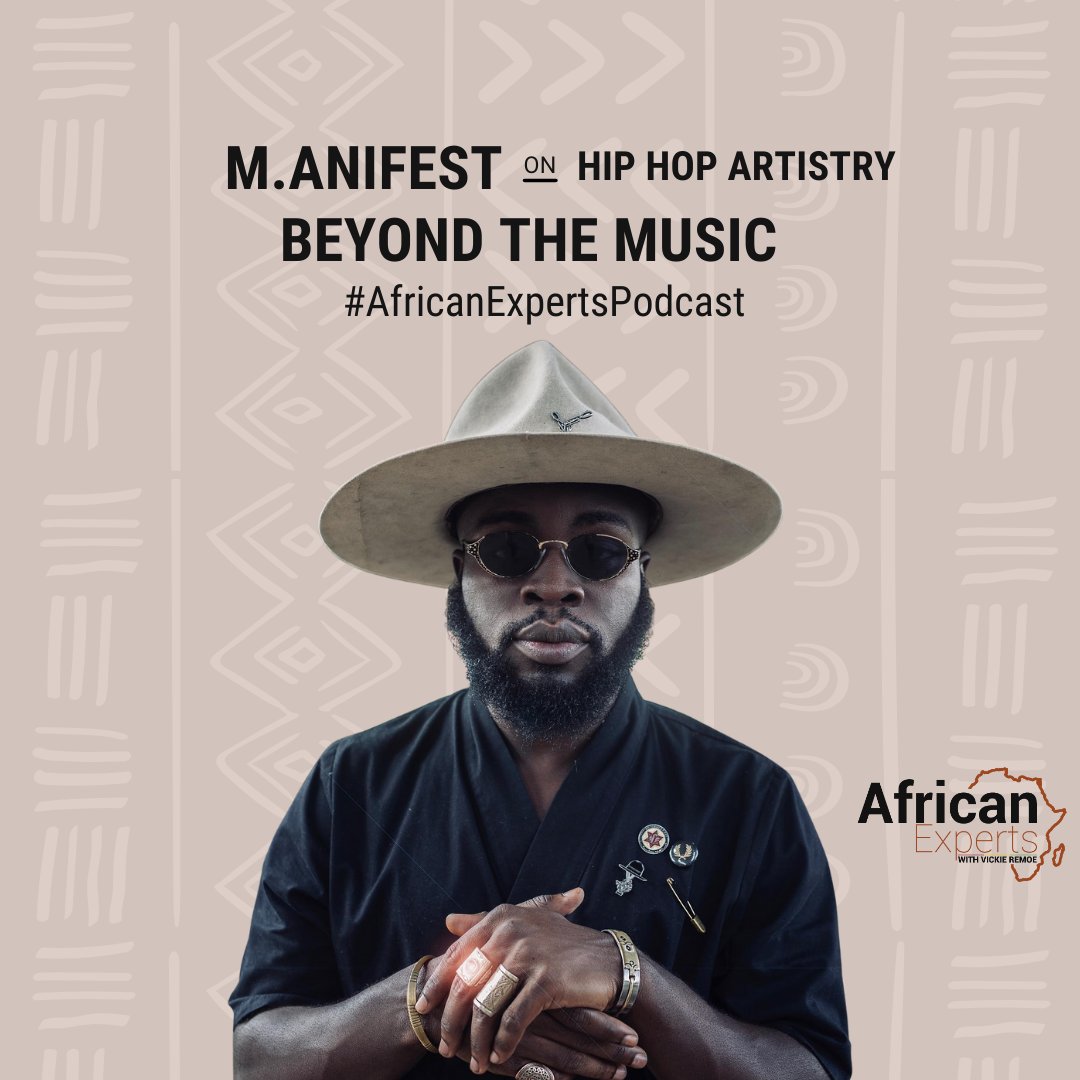 Over the years, music in Africa has seen a lot of changes. The continent’s musical culture is now recognized globally, artists from different genres are selling out at the local stage and international stages. They are getting more endorsement with big brands and other cooperative organizations.

In the final episode of season one of the African Experts Podcast, “Hip Hop Artistry Beyond The Music” host Vickie Remoe is in conversation with one of Africa’s best hip-hop artists, M.anifest.

Remoe & M.anifest discussed the support ecosystem of African musicians, the growth of the industry across emerging markets, and how artists in Africa are leading almost all the work to build a sustainable business around their work.

The conversation starts with M.anifest’s return to Ghana, about a decade ago to pursue his music career and what has been his biggest contributors to his growth and success as an artist.

He responded that it’s a combination of different factors, like understanding the demographic and psychographic system of his audience. He states that as an artist he has used the advantage of the Internet to collect data and understand what his audience can consume and what they can’t. For example, sometimes he goes on Twitter and posts whatever comes to mind so that he could get direct engagement with his followers.

M.anifest was also asked about the biggest impact of technology on the production and promotions of music. According to him, technology is an equalizer that has democratized how music is produced and distributed.

“Technology has had a tremendous impact on my work. My career is made possible because of social media and technology. If the Space was not there I would have never started, and I’ll have never put a song out to the public. Technology has changed everything in my work and my business and it’s still changing everything,” he stated.

So in short technology is allowing people to do whatever they want and then share it with their audience.

Moving forward, he was asked what part of the ecosystem already exists and what parts an artist has to build for him or herself to curate followings on social media and sign contracts with big brands.

M.anifest says that the level of change in the infrastructure is incredible, as an artist when he came back home he felt like it was a very bare minimum. He thought that Ghanaian music was getting ahead in other places on the continent, but the truth is, the business infrastructure was very small, whether it’s in the performance space or whether it was even people taking their music on Ghanamotion.com and YouTube it was such that it was still in its primitive form.

Technology has now allowed everyone to not have the most necessities needed but they can be able to do things to high standards. So now African music, in general, is becoming more recognized in the world and that means a lot of growth will happen as there are different opportunities out there.

Listen to the African Experts podcast today and get more insight on the topic discussed.

Also, listen to his songs: