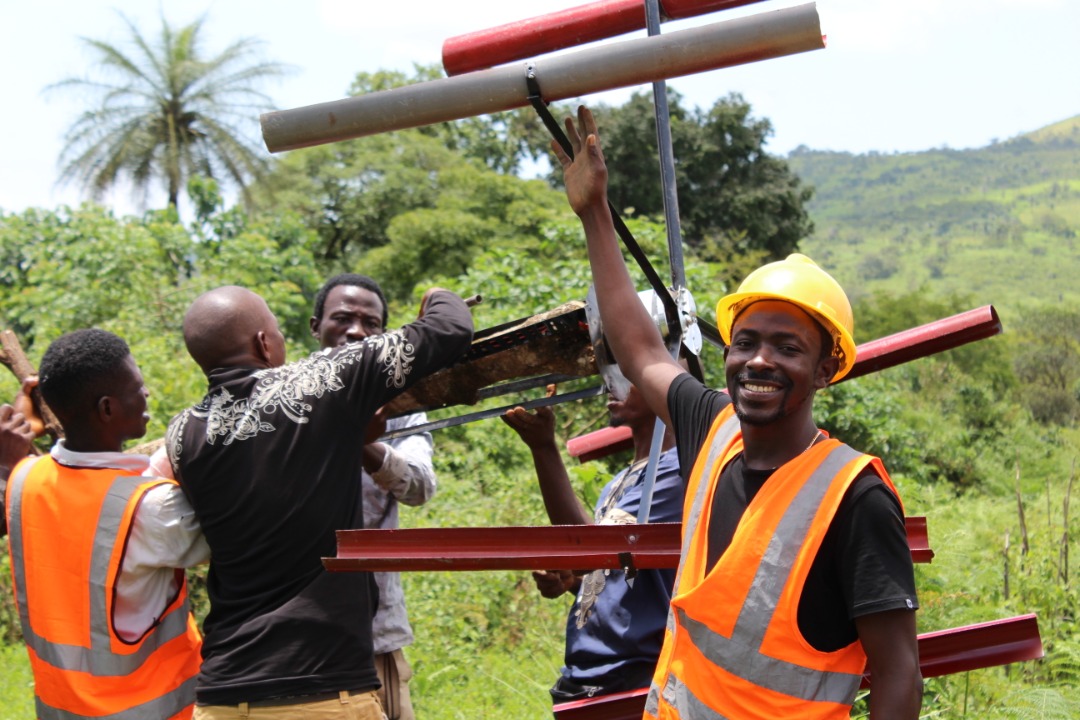 In Sierra Leone, most rural communities don’t have access to the necessities of life and one of them is electricity supply, despite some of the recent interventions to tackle this problem in society.

Against this backdrop, a Sierra Leonean innovator and entrepreneur, Mohamed .A. Kamara has recently invented the first hydro-powered generator and windmill in Sierra Leone using dumped scrap materials and spoons.

This new generator is benefiting around 500 people who have lived in extreme darkness for ages in two communities within the Tonkolili District. These people of Kasafoni and Fonima village have been living in these deprived communities, they have never seen or used electricity because it is expensive and it’s not available around their surroundings.

According to Mohamed, he was inspired by the people’s low living standards of living and not having access to social amenities in a world wherein everything is moving to a digital standard. These have been sleeping in total darkness and they sometimes use firewoods as a source of light but that affects the environment.

Meanwhile, the United Nations 2030 Sustainable Development Goals number 7 states that countries across the world should ensure access to affordable, reliable, sustainable and modern energy for all, but Sierra Leone is far from reaching this goal, as main urban towns also encounter rapid power outages.

Mohamed describes his new invention as one that will be impactful in the communities where it is being installed and that will bring happiness to the faces of locals who do not have access to electricity as his generator is being built from scraps and spoons.

“I feel happy when these people have gotten access to electricity, I see them celebrating because I’ve given them light, I feel happy and satisfied,” he stated.

With this generator, he hopes that it will create a huge impact on the education of the students and pupils in the communities as it will make them study easily at night. He is also certain that this will improve the standard of living of the people. The Windmill will also support in tackling the constraints in the farm irrigation systems wherein farmers can have access to water all-year-round and it will boost the production rate.

While explaining the procedures he used to produce this machine he says that he used to source scrap materials from dump yards and garages, he then used them to build the parts of the hydro-generator. He later used spoons which he installed in the frame of the generator, they serve as the rotor of the machine and it helps in the spinning process which generates electricity. The generator is nonfuel, it uses 100 per cent water to generate the power supply of about 600 watts.

However, at this point, he states that he is looking for sponsors who will collaborate with him and then they can install more of these generators in other hard to reach and isolated communities.

Mohamed A. Kamara is an MPhil Energy Studies student at the University of Sierra Leone. He has won several awards and grants like Leader of the Young African Leadership Initiative Programme in Accra, Ghana,  International Youth Foundation award, 2017 UNDP Youth Innovator of the year, he is also a Tony Elumelu Foundation – GIZ entrepreneur.

He is a passionate Sierra Leonean who wants to see that electricity is accessible and affordable for every household in the country.