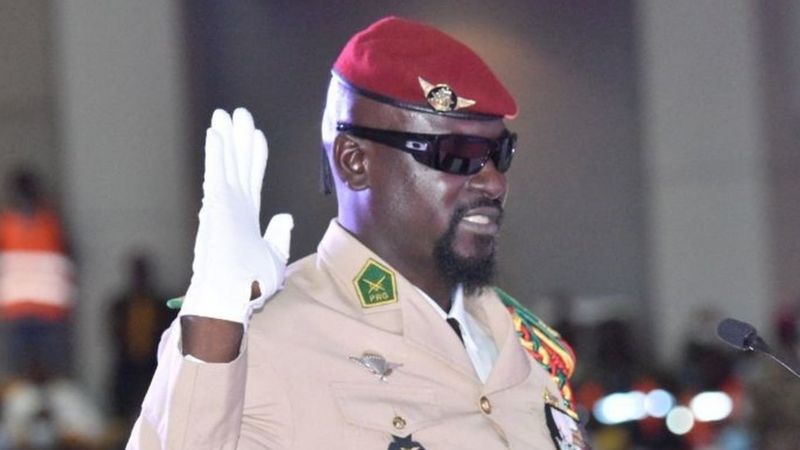 Guinea’s military coup leader, Col Mamady Doumbouya has been sworn in as the country’s interim president, just a month after he overthrew Professor Alpha Condé.

The former French legionnaire who is 41 years old, is Africa’s second-youngest leader, after Mali’s Assimi Goïta, 38 who also staged a military coup.

Regional blocks like ECOWAS and African Union have so far condemned Col. Doumbouya’s military takeover on September 5 this year.

Both bodies have suspended Guinea, ECOWAS has also imposed sanctions against the coup leaders and demanded a return to constitutional rule within 6 months.

According to a publication by the BBC, while speaking at the Mohammed V palace in Conakry, the new president said that his mission was to “refund the state” by writing a new constitution, tackling corruption, changing the electoral system and putting in place “free, credible and transparent” elections.

He also promised to “respect all national and international commitments to which the country has subscribed”.

However, he has not stated how long it would take to organise elections but says anyone taking part in the interim government will be barred from contesting in upcoming elections.