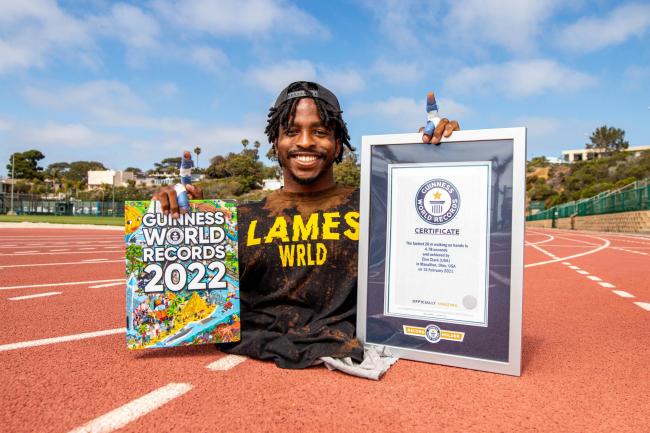 This comes after the 23-year-old attempted the fastest 20m walking with his hands in February this year, at his former high school gym in Massillon, Ohio State. Zion, who was born without feet, finished the walk in a time of 4.78 seconds, the fastest so far.

Zion was born with caudal regression syndrome, a condition that comes with abnormal development of the lower caudal end of the spine.

He was put up for adoption just after he was born, Zion went through the foster care system with the hope of getting a permanent family.

Throughout his journey, he has experienced bullying, mental abuse and other forms of stigma. He started his sporting career in elementary school and later became an incredible wrestler in high school.

According to an article from the BBC, the Guinness World Record breaker states that he wants to be the first American athlete to compete in both Olympic (wrestling) and Paralympic (wheelchair racing) games come 2024.