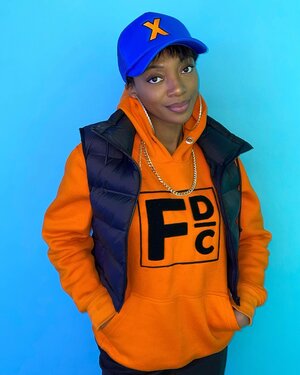 The All Africa Music Awards popularly known as AFRIMA is an annual award ceremony designed to promote, reward and celebrate the distinct rich African music globally, it brings along millions of music-loving fans by promoting African Music to glorious pinnacle beyond the borders of Africa. It was established by the International Committee AFRIMA in partnership with the African Union (AU).

This year’s nomination list has over 400 songs from different artists in 30 Continental and 10 regional categories.

Nata was born in New York City to Sierra Leonean parents. She and has always wanted to do music since her childhood days. In 2018, after graduating college, she released her first single which was a freestyle. She released her first EP titled “Finally” in February 2019 and has been recognised by the likes of HOT 97, Missy Elliott and many others.