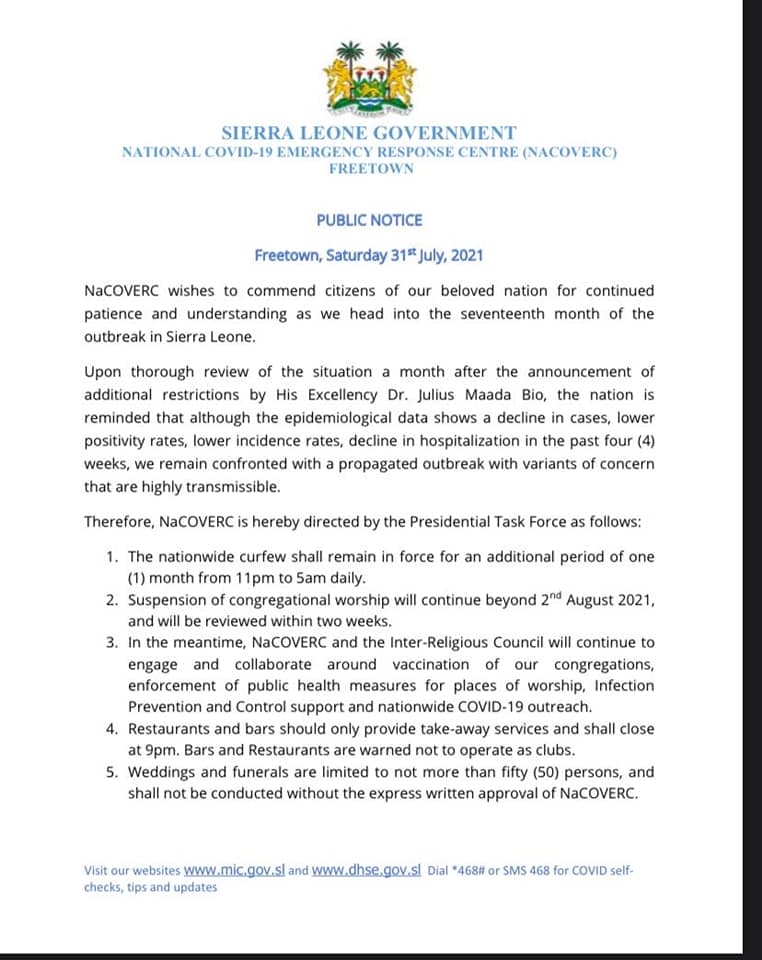 The National Covid-19 Emergency Response Center (NaCOVERC) has in a press release issued on Saturday, July 31, 2021, extended the nationwide curfew and other restrictions to ease the spread of the Covid-19 pandemic for another month. However, the press release states that the restrictions on congregational worship will be reviewed after two weeks and a statement will be released on the decision made. So far, the case rate of the pandemic has reduced strategically since the restrictions were reimposed on July 1, this year.

The Nyapui Senior Secondary School of Excellence, which is the first all-female science school in Sierra Leone will open in September this year. The school is currently under construction in Combema Town, Kenema District, Eastern Sierra Leone. Upon its completion the school will cater for over 360 girls, recruitment of a principal and science teachers is also ongoing.

Properties of former APC Ministers seized by the State

The Implementation Team of the Commission of Inquiry White Paper has on Wednesday, July 28, 2021, started issuing notices of confiscation to former public officials of the previous APC administration. The properties which are confiscated and vested in the State,6 of them are in Western Area, two are in Bombali, and one is in Kono, they belong to the following former public officials Leonard Balogun Koroma, Momoh Conteh, Abdul Ignosis Koroma, Dr. Minkailu Bah, and Halil Toufic Kange.