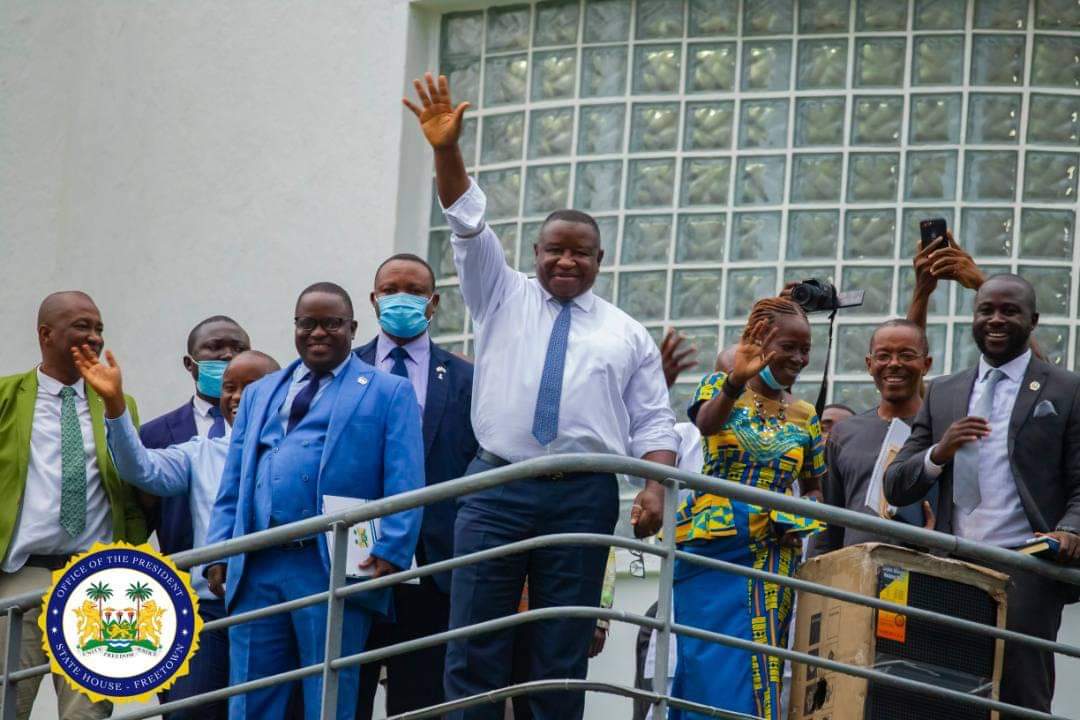 President Julius Maada Bio has congratulated the Leone Stars on their 1-0 victory over Benin in the crucial Africa Cup of Nations qualifier in Conakry, Guinea, urging the nation, from his balcony at State House, to draw inspiration from the win to think big. Striker Kei Kamara, who had always wished for this feat before his retirement, scored the first-half penalty in the nineteenth minute to secure a place for the national team at the Africa Cup of Nations for the first time since 1996.

ACC For The First Time In The Fight Against Corruption, Deploys Senior Prevention Officers In The Regions

As a mark of proactive approach to the fight against corruption, the Anti-Corruption Commission {ACC} has deployed Regional Senior Prevention Officers in the Provinces stationed in Bo to handle prevention issues in the South and East, and Makeni to handle prevention matters in the North-West, North-East and Kono. This latest move by the Commission is in adherence to the popular adage which says, “prevention is better than cure”, in addition to the need for the continued decentralization of the work of the commission to ensure optimum and sustainable corruption control in every nook and cranny of the country.

The welcome party started at Gbalamuya in the North where thousands of jubilant supporters stormed the custom border post to welcome their heroes. The motorcade drove through Port Loko to Masiaka and to Waterloo where government functionaries had arranged a special convoy to receive them on route to the city. The players were then conveyed to the National Stadium, where President Julius Maada Bio was expected to formally welcome them on behalf of the government and the people of Sierra Leone. President Bio thanked the players for their show of gallantry despite attempts to demoralize them by fake Covid scare. On Tuesday, President Bio in a special congratulatory message hailed the players and officials of the national team for defeating their opponents.