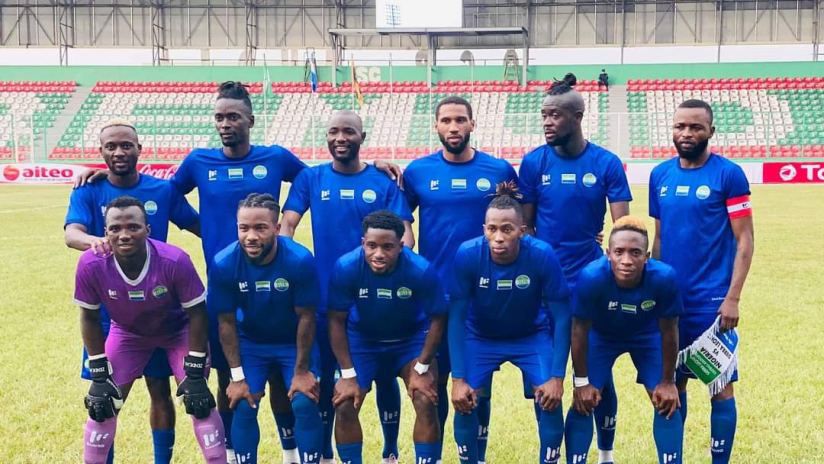 A match between Sierra Leone and Benin in Guinea on Monday, 14th of June to decide the final qualifiers for the 2021 Africa Cup of Nations was postponed 24 hours after a row over corona virus tests. The game, which will decide the last place in the finals, has been rescheduled for Tuesday, a Confederation of African Football {CAF} official in Guinea and a local football official, neither of whom wished to be named, both told AFP. Eve-of-match tests cleared every player from both teams to play, but just before the kickoff Sierra Leone were informed that six reserves had tested positive and were barred.

The Krio Descendants Union {KDU} has filed a case at the ECOWAS Court against the Government of Sierra Leone over laws that restrict them from owning lands in the provinces. The case was first filed in August 2020 at the Supreme Court of Sierra Leone by the law firms of Garber and Co and Campbell and Co. KDU in collaboration with the krio community and the Renner family who filed the lawsuit challenged the validity of the Provinces Lands Act 1960 which they deem as a discriminatory colonial stature inherited from the British.

In a letter dated 19th May 2021, the Deputy Chairperson/Leader of the Unity Party, Madam Naasu G Fofanah resigned her position with immediate effect. According to Madam Fofanah, her decision to resign from the post of Deputy Chairperson/Leader of the Unity Party can be attributed to the lack of recognition of her position in the party. She said, “My lack of knowledge on issues including important political decisions on behalf of the party are usually heard of through third parties or via social media.

Women Farmers in Kamasondo Port Loko Sierra Leone: The Chinese iron ore miner Kingho Mining and the Railway and Port Company has introduced an agricultural project in one of their operational chiefdoms in Port Loko district, targeting women farmers. The company, through their Community Development Action Plan {CDAP} project, has launched what they described as a ‘massive’ agricultural project to support women farmers in the port community.