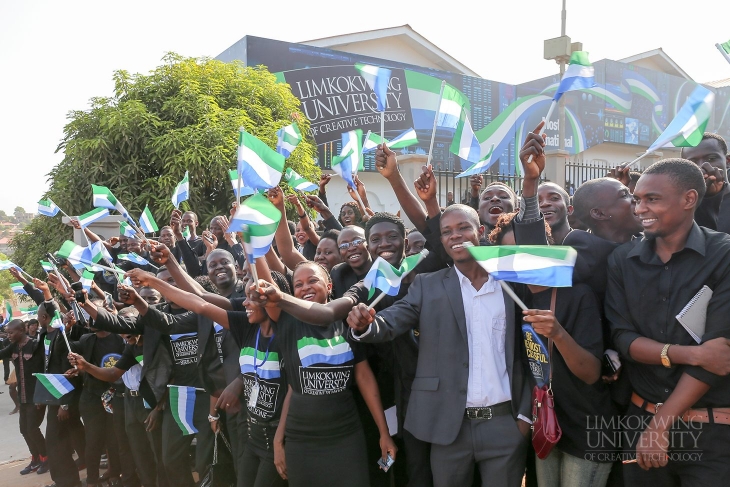 The Minister of Higher and Tertiary Education, Professor Alpha Tejan Wurie, has informed members of the public that the government has committed to pay the sum of USD 705 thousand which is equivalent to 50 percent fees for 964 Sierra Leonean students at the Limkokwing University. However, Sierra Leonean students who were on scholarship at Limkokwing had to stop attending lectures for over two years now, after the government refused to pay their fees saying that the agreement between the university and the previous administration was illegal.

The Court of Arbitration for Sports (CAS) has partially upheld the appeal filed by Rodney Micheal against the decision rendered by the Sierra Leone Football Association (SLFA) Ethics Committee to suspend Rodney Micheal from the presidential race of the FA saying he was ineligible. However, the CAS has released a public notice which overturned the SLFA Ethics Committee finding that Rodney was ineligible to run for the presidential seat of the FA. He was declared eligible and he will be part of the candidates that are contesting for the position in a da\y from now at the FA’s elective congress in Makeni.

The United Nations Resident Coordinator in Sierra Leone, Babatunde Ahonsi has commended the International Organization for Migration (IOM) Youth Empowerment project. The project titled “Reducing the Risk of Irregular Migration through Promotion of Youth Employment and Entrepreneurship Support for Youths” was launched in 2019, and it’s targeting youths and women’s empowerment through technical and vocational training and entrepreneurship support.