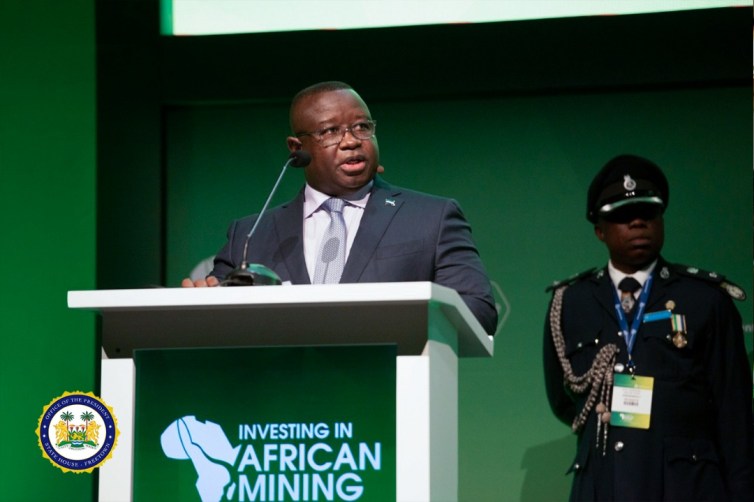 On the 24th May, 2021 President Bio launched the Ministry of Mines and Mineral Resources and National Minerals Agency {NMA} Geo Data and Exhibition at the Freetown International Conference Centre, Bintumani Aberdeen. The theme of the launch is “Leveraging Geo Data Management Systems and Good Governance to improve the Mines and Minerals Sector.” At the launch of the nationwide airborne geophysical survey deliverables, the enterprise geoscientific information management system and national minerals agency strategic plan 2020-2025 were unveiled.

The Commissioner of the Anti-Corruption Commission {ACC} Francis Ben Kaifala Esq., has officially launched the first of its kind Compliance Sanctions Management and Enforcement Procedure Handbook to over thirty three {33} Ministries, Departments and Agencies {MDAs} representatives present at the cathedral Hall in Freetown. This Manual which was developed by the Corruption Prevention Department of the ACC with support from the Open Society Initiative for West Africa {OSIWA}, is to serve as the toolbox for public sector institutions, which will facilitate the internalization of integrity and accountability tenets and requirements, reduce the opportunities for and incidences of corruption and ultimately improve on service delivery across public institutions.

A significant addition to the Bank of Sierra Leone’s vision of increasing financial inclusivity was made at the Sierra Leone Commercial Bank headquarters at Siaka Stevens Street on Friday 21st May, 2021 when the nation’s biggest Commercial Bank in partnership with Afrimoney, a subsidiary of Africell, launched the Bank to Wallet, Wallet to Bank financial service on an updated platform. Advantages of the service include being able to transfer money from a customer’s SLCB account to Afrimoney and vice versa.

Sierra Leone’s most distinguished higher institution of learning Fourah Bay College {FBC} is gearing up for what will be a keenly contested election as two female students vie for the Presidency of the Students Union Government. This is the first time in the history of student’s union elections at FBC that the most coveted position will be an all-female affair. Adama Sillah and Fatmata Binta Jalloh the two contestants have got such a large following and tension is said to be building up at Mount Aureol. Both Adama and Fatmata are young charismatic ladies who also belong to the same Law department. Both final honours 1 students, they have been trying to woo their colleagues into throwing their weight behind them. According to sources, it will be a very tight race and many people could not tell who will carry the day.