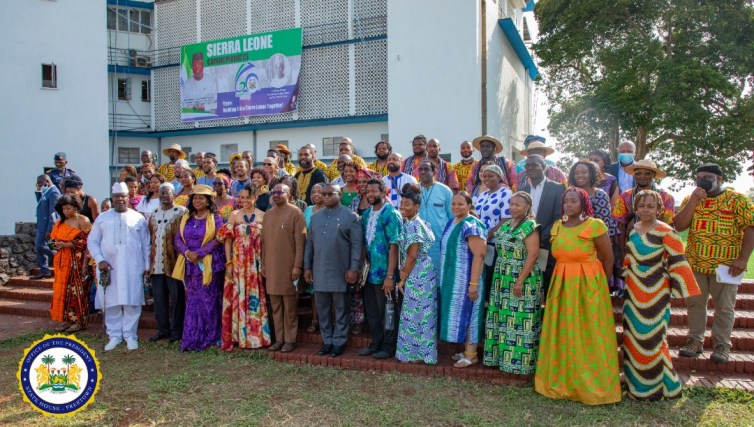 President Julius Maada Bio has in recent time awarded Sierra Leonean citizenship to 59 former American citizens who have demonstrated interest in becoming citizens of Sierra Leone due to their ancestral lineage. Speaking to them at State House in Freetown, he recognized the trend of Black People in the United State of America and what they are going through, and later admonished that in Sierra Leone it’s the opposite of what they face out there “All Lives Matter.”

The former President of Sierra Leone Dr. Ernest Bai Koroma and his former Minister of Finance, Dr. Samura Kamara will start filling their written synopsis to the Court of Appeal, challenging the decision from the Commission of Inquiry (COI). The decision of the COI came after a Government Transition Team of the current administration recommended the formation of three Commission of Inquiries to look into the past activities of the former president and his entire government. At the end of the proceedings of the COI, a government white paper was released and gave further recommendations on all persons of interest.

U.S to provide USD 14 million to support the fight against malaria in Sierra Leone

The new United States of America Ambassador to Sierra Leone, David Reimer has disclosed that the U.S government is providing USD 14 million to support Sierra Leone in the fight against malaria. The new gesture is part of a USD 60 million support that the U.S will give Sierra Leone to help fight against malaria for the next four years. The new initiative will provide more than 3 million bed nets, 2.5 million rapid tests, and 2 million doses of fast-acting treatment.

UAE Government donates 50 tonnes of food items to Sierra Leone The Government of the United Arab Emirates (UAE), has donated 50 tonnes of assorted food items to Sierra Leone. The donation is part of humanitarian assistance to West African nations during the Holy month of Ramadan. These items include: rice, cooking vegetables oil, flour and among others. The items are expected to be in Sierra Leone today, Thursday, May 4, 2021.