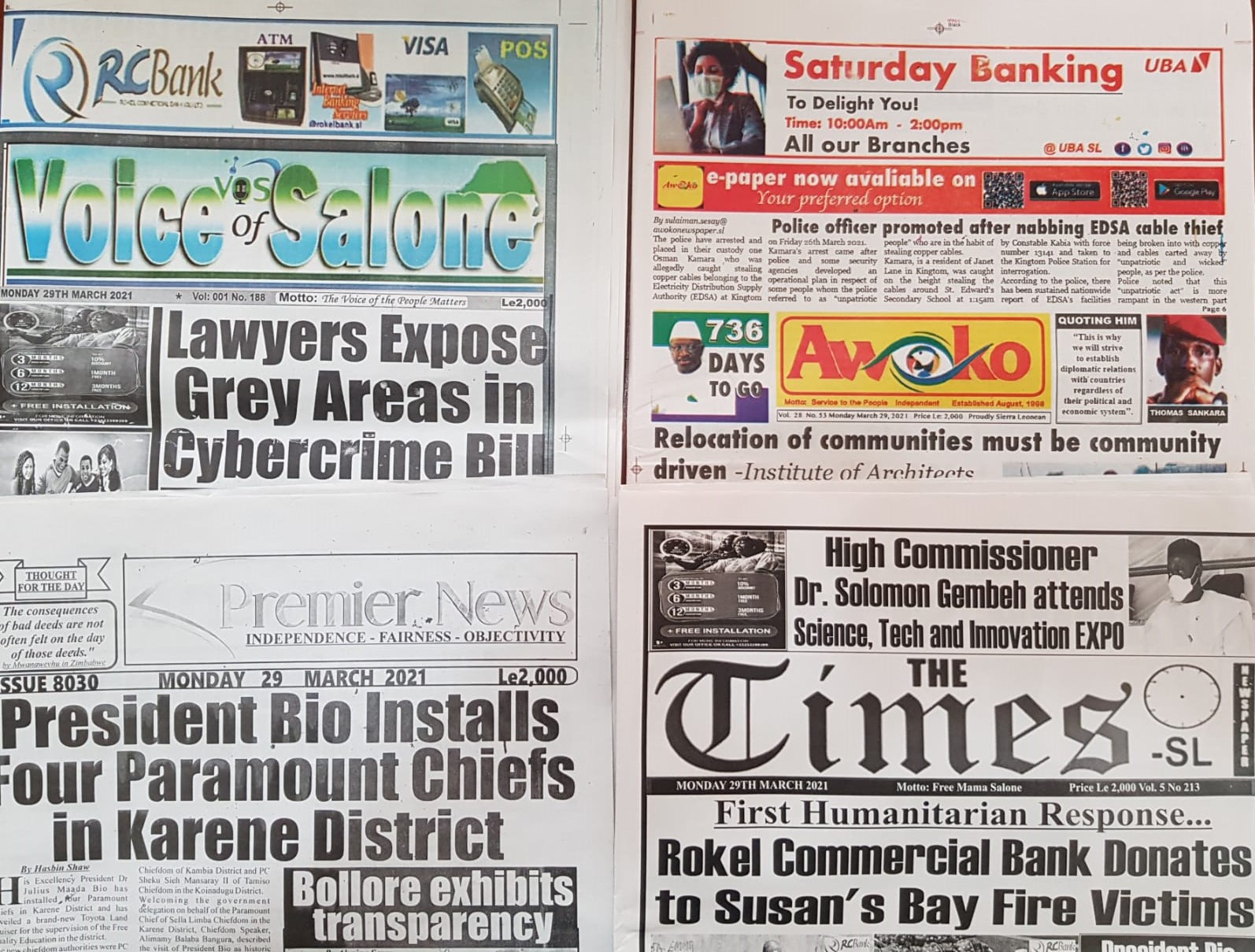 Sorie Sengeh Marrah and Ady Macauley, well-known Sierra Leonean lawyers have highlighted what they refer to as grey areas in the proposed cybercrime bill as impediments to freedom of speech and fundamental human rights. Marrah said that there is no adequate protection on the rights to privacy that the State can record voice calls and SMS in real-time and the powers given to the Minister of Information and Communications to prescribe punishment to defaulters.  For me on information on this story, read the “10 Dangers of the proposed Cybercrime Law 2020” written by Marah.

Legal Aid Board Secures Discharge for an Accused Person of Murder

The Legal Aid Board has secured the release of Abu Bakarr Kamara-Taylor, an apprentice on a vehicle between Waterloo and Masiaka, who was arrested on August 14, 2009, and was standing trial on one count charge of murder. Kamara-Taylor has been standing trial for 12 years, he said that has not been able to see his fiancee and his son whom he left at age three.

Susan’s Bay fire victims have received numerous relief aid from different organizations and businesses.  The Rokel commercial bank said that they donated assorted food and clothing worth millions of leones to the as a corporate institution. Mercury International has also reported similar donations of items worth over 150,000,000 million Leones and a cheque of 50,000,000 million Leones to the fire victims.