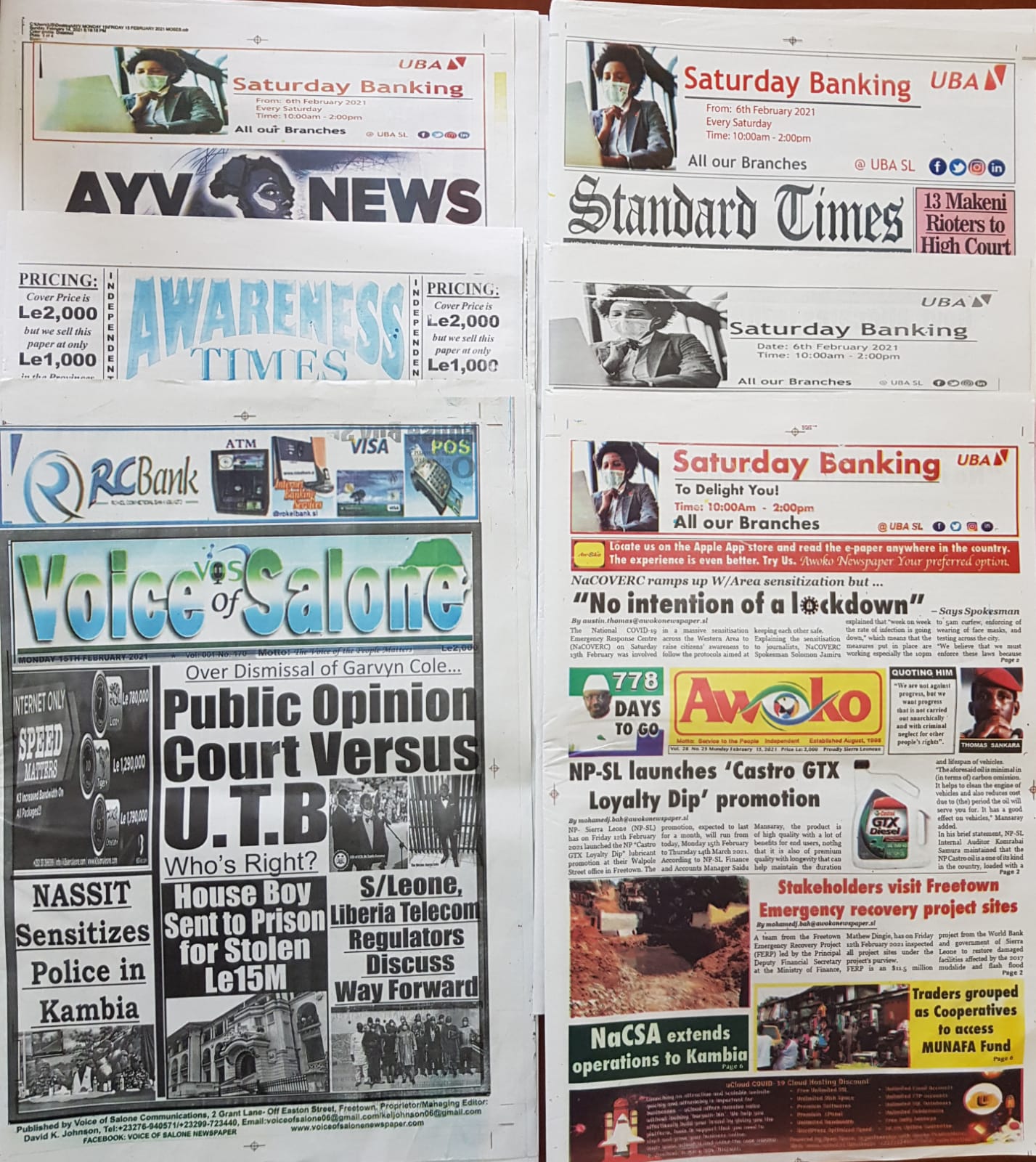 The National Covid-19 Emergency Response Centre (NaCOVERC) on Saturday 14th February during a sensitization program across the Western Area says the government has no intention to institute a lockdown measure at the moment.

The sensitization program was geared towards raising awareness for people to follow the Covid-19 guidelines and protocols to reduce the ongoing community transmission across the Western area and the distribution of face marks to the public. The sensitization process took place from Goderich to Waterloo.

Ex-Housemates Salone star Victor Onie Williams has proposed to the winner of the second edition of the television show,  Saraih Conteh Roberts in Dubai.

the two who are currently in Dubai as part of their star prize package fell in love during the Housemates Salone Show and since then they have been together building up a stronger relationship.

President Julius Madaa Bio has opened a new Union Trust Bank (UTB) branch in Makeni. It adds to 14 existing branches that UTB has across the country. UTB is the only existing indigenous Sierra Leonean commercial bank that was opened in 1995.

Magbass in the Mamuntha and Mayossoh sections in Kholifa Rowalla Chiefdom, Tonkolili Districts have got its first senior secondary school. The school was constructed by the Minister of Youths, Mohamed Orman Bangura and the school was commissioned and named Julius Madaa Bio.

President Bio has unveiled 100 billions Leones National Microfinance Scheme for 2021 to 2023 to support small and medium enterprises. The government will be disbursing 26.05 billion Leones to 11 financial service providers to lend money out to 4,100 beneficiaries in every district. The loans will be given out to groups at an interest rate below 10%.  The Small and Medium Enterprises Development Agency (SMEDA) will serve as the government oversight authority overseeing the projects.