The Rainbow Initiative in a news conference on the 5th of February, 2020 reported that more than 10,582 people have suffered from Sexual and Gender-Based Violence (SGBV) violence-related cases between 2018-2020 in their five areas of operations. The organisation reported that in 2020 they recorded 3,584 gender-based violence and 209 (6%) of those cases were survivors of physical assault and 3,339 (96%) cases were sexual assault survivors.

An international expert researchers have published in the Journal Nature Communications that a pathogen is responsible for the deaths of chimps at the sanctuary for the last 15 years. Characteristics of the diseases include weakness, seizure, and gastrointestinal (abdominal distension, anorexia, vomiting). Investigations reveal that between 2005-2020, 56 chimps have died of the disease. 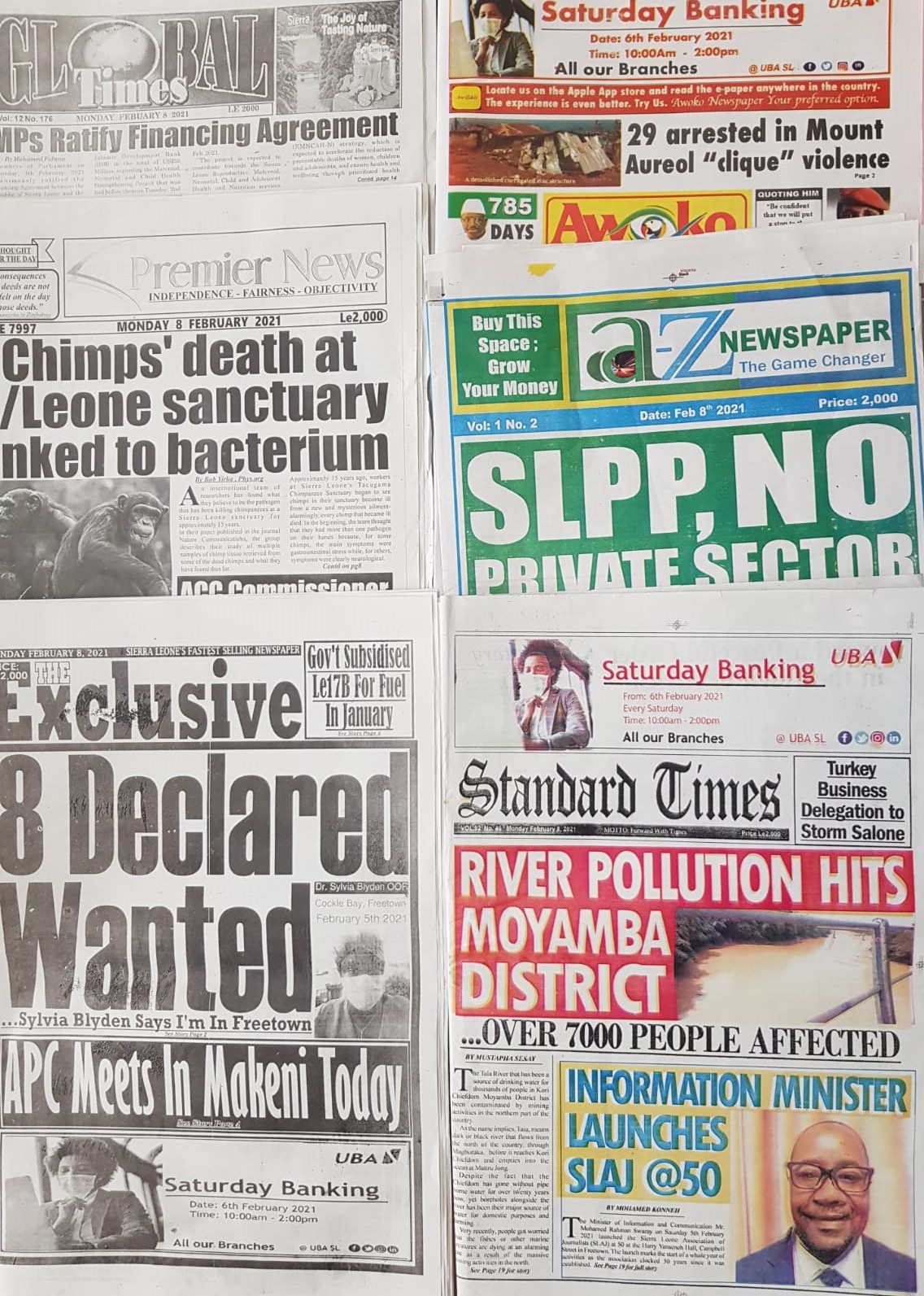 Sierra Leone U-17 have lost their first two matches against Guinea Bissau by a goal to nil on the 5th of February, 2021, and five goals to nil against Mali on the 7th of February, 2021 at the ongoing West Africa Football Union (WAFU) competition in Dakar, Senegal.

The Leone Stars team is in group B alongside Mali and Guinea-Bissau. The U-17 WAFU tournament was due in Sierra Leone on the 11th of December, 2020 but it was postponed after the country cited logistical constraints.

Inside Salone Entertainment: What’s going on between Markmuday and Samira?

Meet the Entrepreneur Who Used Her School Fees...