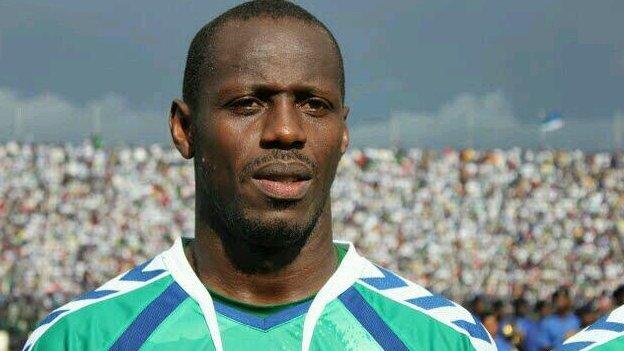 The Sierra Leone Football Association (SLFA) Ethics Committee has on Tuesday, December 8, 2020, discharged all match-fixing allegations against two former Sierra Leonean Internationals (Samuel Barlay and Ibrahim Koroma), with 5 other top officials who were suspended from all national football-related activities in 2014.

According to a press statement by the FA, after reviewing all the evidence analysis provided in the report the ethics committee found no enough evidence to sustain the allegations made against the two players and the 5 officials.

In July 2014, Barlay and others were among a total of 15 people suspended by the FA and the country’s sports ministry over allegations of match-fixing. The allegations were that they played a role in a 2010 joint Africa Cup Nations and World Cup qualifier against South African Bafana Bafana boys in 2008 which resulted in a goalless draw.

Top officials who were cleared of the allegations are Rodney Michael, former Sierra Leone Premier League Board Chairman and one of the presidential aspirants for the upcoming SLFA elections. Others are Alphan Koker (former official of the ministry of sport), Abdul Kanazeen Rollings (former SLFA Executive officials), Bernard Sorbeh (ex FIFA referee), and Victor Lewis (Chairman and owner of East End Tigers).

Barlay, Michael, and Koroma welcomed the news that they have been proven guilty of a crime which they said they never committed, but the allegation has already damaged their image in the sport which they have sacrificed for a lot.

The SLFA ethics committee conclude by saying that the 8 others including two players (Christian Caulker and Ibrahim Kargbo) with 6 officials (Abu Bakarr Kamara – the former SLFA administrative secretary, John Ansumana  – the former national team doctor, Abdul Kabba, Sheriff Newland, and others) will be further investigated.

NB: www.switsalone.com has been nominated as the Best online Blog site at the National Entertainment Awards (NEA). You can vote by sending BOB 2 to 429 using any Qcell number or on www.lakeprductionsl.com