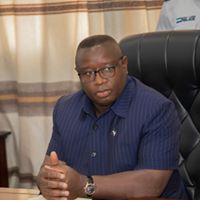 President Bio on Sunday 10 May 2020 issued a press release suspending Abu Abu Koroma the Resident Minister North from office indefinitely for his unacceptable conduct and public remarks that misrepresented the position of the Government of Sierra Leone.

Koroma’s suspension came after a video surfaced on social media where he was seen talking to a group of people where he made some threatening comments about anyone who was to be found wanting perpetrating violence in their community.

In light of this recent appointment youths in Makeni has held a protest for the reinstatement of Abu Abu Koroma.