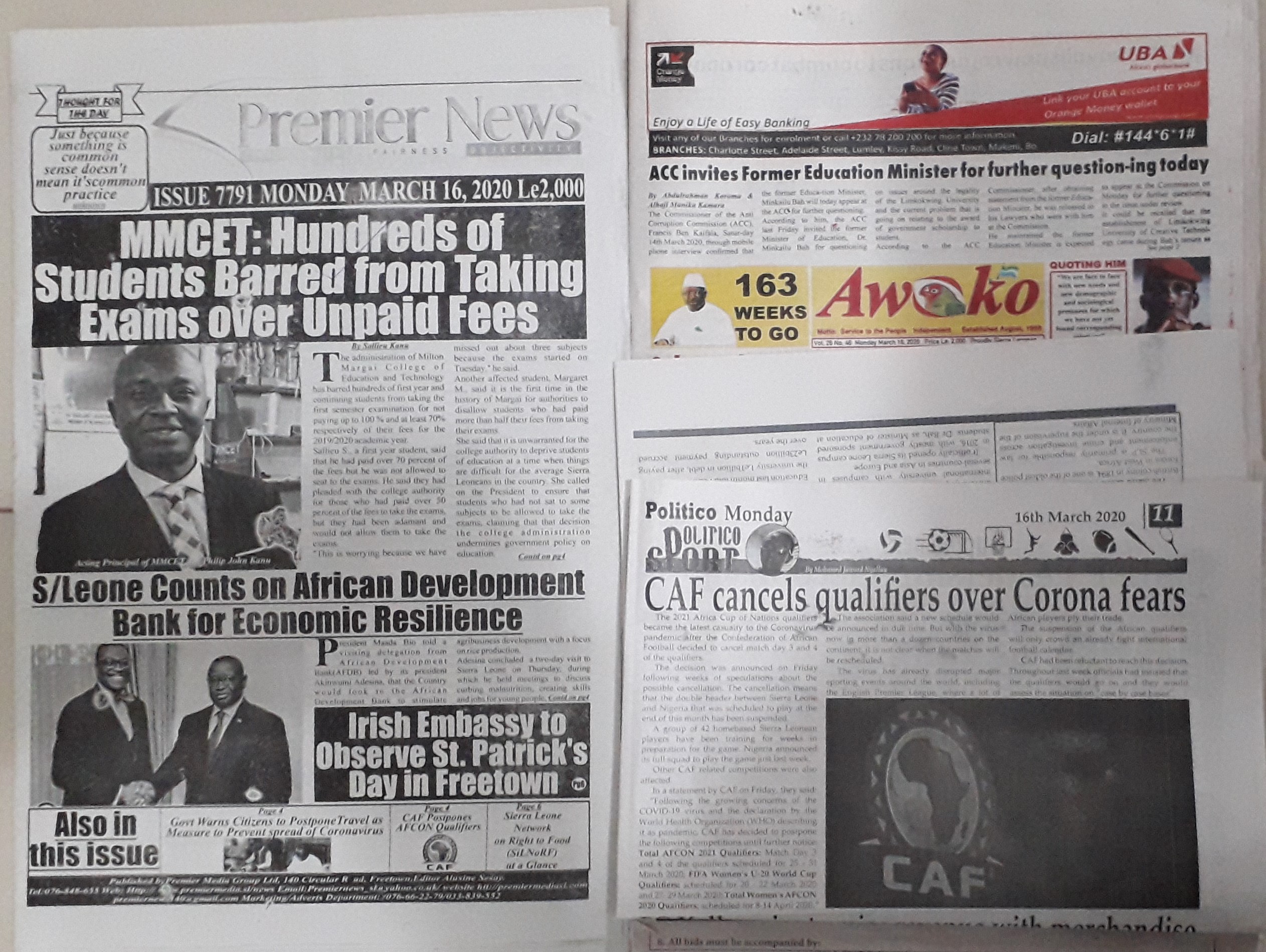 The administration of Milton Margai College of Education and Technology (MMCET) has disallowed hundreds of new and continuing students from taking their first semester exams for not paying their tuition fees of at least up to 70% or full 100% for the 2019/2020 academic year. Students who had paid over 50% of their fees said they have pleaded to the college administration but they are still being rejected. Elizabeth Sesay public relations officer of the college said the administration has informed first-year students to pay full 100% of their fees and continuing students to at least pay 75% before taking exams. She further said over the past years students have owed the college a lot and that the fees paid by the students are used to run the college activities, so if students don’t pay “how will they run the college?”.

CAF cancels Afcon qualifications over the fear of COVID-19.

The Confederation of African Football (CAF) has canceled qualifying matches between Sierra Leone and  Nigeria in the ongoing 2021 African Cup of Nations (Afcon) qualifications and other matches as well. According to Abdel Bah, the acting secretary-general of CAF said the decision to halt the Afcon qualifies came as a result of the COVID-19 virus and that the World Health Organisation (WHO)  has declared it a global pandemic. So for that reason, they are postponing all qualifying matches until further notice. He further said a new schedule will be announced in due time.