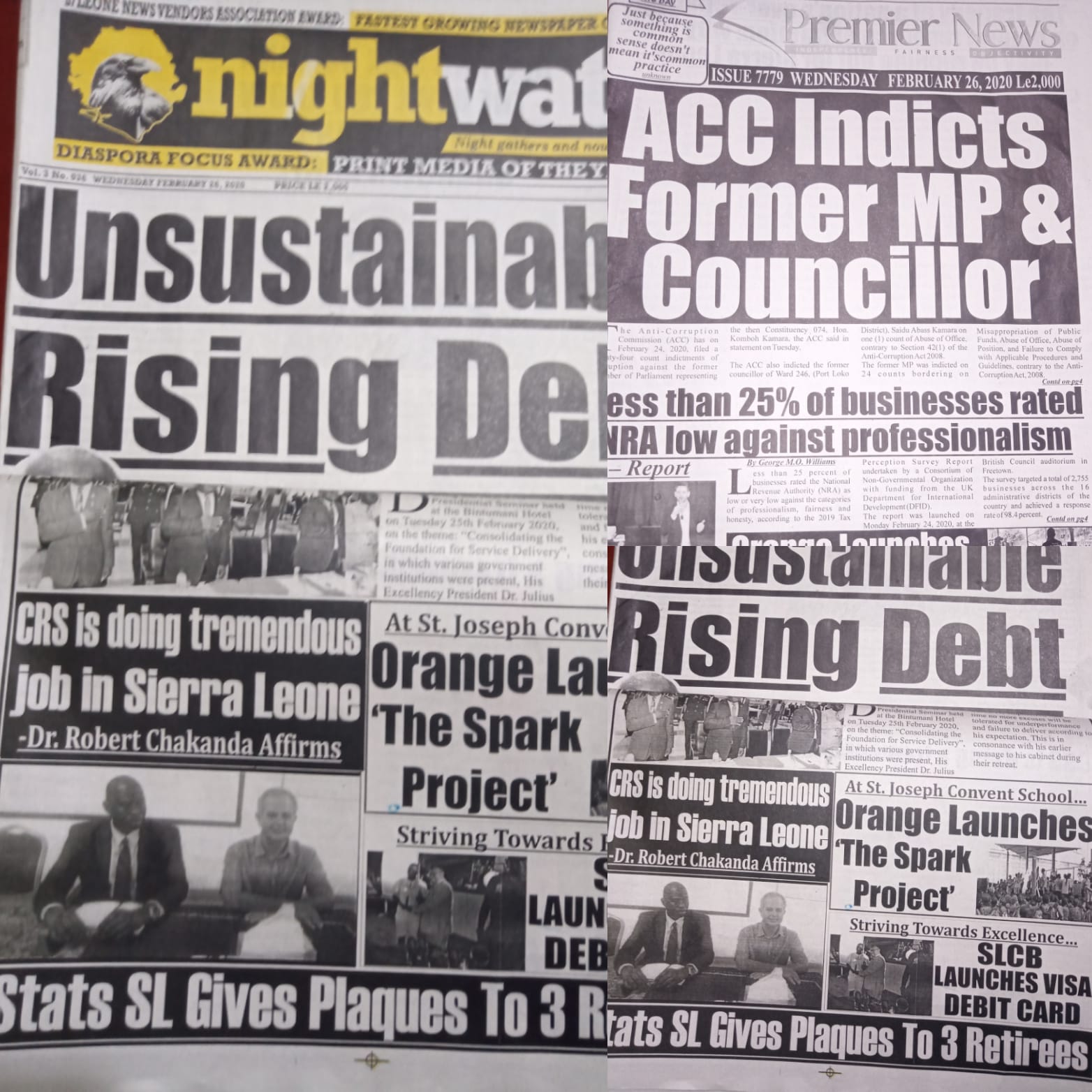 The Anti-Corruption Commission has filed charges of corruption against the former Member of Parliament of Constituency 074 and the Councilor of Ward 246 Port Loko district. Hon. Komboh Kamara was indicted with 24 count charges of corruption which includes the misappropriation of public funds, abuse of office, abuse of position and failure to comply with applicable procedures and guidelines, contrary to the ACC act 2008. Saidu Abass Kamara, councilor of Ward 246 Port Loko district was also indicted on 1 count charge of abuse of office contrary to the ACC act 2008.

Sierra Leone Commercial Bank has launched the Visa Debit Card for its customers on the 22nd of February 2020 in Freetown. The launching came after a weeklong celebration of the Bank’s 57th birthday anniversary, according to the Managing Director, Fidelis Turay the visa card can be used worldwide in POS devices, over 20 million ATMs and buy products online, the cards give quick, convenient and reliable access to the customers in person, online, and overseas.

As part of the European Commission Face2Heart campaign, Swedish-Spanish vloggers Kirstie Hall and Esteban Novillo will be visiting Sierra Leone from the 1st to 31st of March 2020. This is their first visit to the country, during the period of their visit they will explore Sierra Leone and then report cut across on the projects that the EU are supporting. They will also support locals in building a substantial future for their communities.

Orange Sierra Leone on Tuesday 25th February 2020 took their new ‘Spak’ promotion for students to schools. The mobile network launched its ‘Student Pack’ promotion at the St. Joseph Secondary School in Freetown. The offer will give students the opportunity to be familiar with the Internet which will help them in their studies, the project aims to support the free quality education initiative of the government. Prices of the promotion vary from SLL 250 as the minimum to SLL 15,000 as maximum to get internet data and a 50% bonus for each subscription.