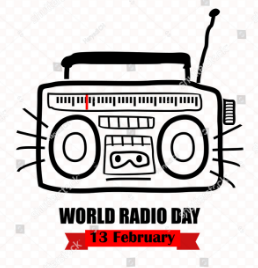 The Sierra Leone Association of Journalists (SLAJ) President Ahmed Sahid Nasralla this morning released a statement in recognition of World Radio Day. World Radio Day is celebrated annually on February 13 to recognize radio as a method for teaching individuals, transporting data and promoting the opportunity of expression across global cultures.

It was a date proclaimed by UNESCO to celebrate radio broadcast, improve international cooperation among radio broadcasters and encourage decision-makers to create and provide access to information through radio, including community radios.

The theme of this year’s World Radio Day is ‘Radio and Diversity’. It brings the focus on diversity, linguistic tolerance, and plurilingualism.

Nasralla in the released statement said, “the day celebrates the role of radio in educating people, providing information, and promoting freedom of expression and democratic dialogue across nations”.

“Radio remains the most pervasive in the country, the bulk of the population, especially in rural Sierra Leone, depend on radio for information. Limited technological infrastructure, lack of electricity, expensive data, etc. are real challenges that make radio easily accessible and the cheapest medium of communication for national development” it reads.

He added that in the present age of growing social media and misinformation, radio has proven to be quite reliable, an avenue for views of ordinary people to be heard and an important platform for democratic dialogue.

“On this day, I especially want to throw light on Community Radio Stations and the important role they play in informing and educating remote communities,” said Nasralla.

He added that quite recently NATCOM closed down a number of radio stations, including community radios, for failure to pay annual regulation or spectrum fees and that was sad. SLAJ he said was in the process of engaging NATCOM concerning the lockdown and called on regulators to treat community radios as providers of public service, and not as commercial entities.

The main purpose of observing World Radio Day is to make sure that the public and the media are aware of the importance of radio. It also encourages decision-makers to establish better access to information through this medium, improve networking and work towards building international cooperation among various broadcasters.