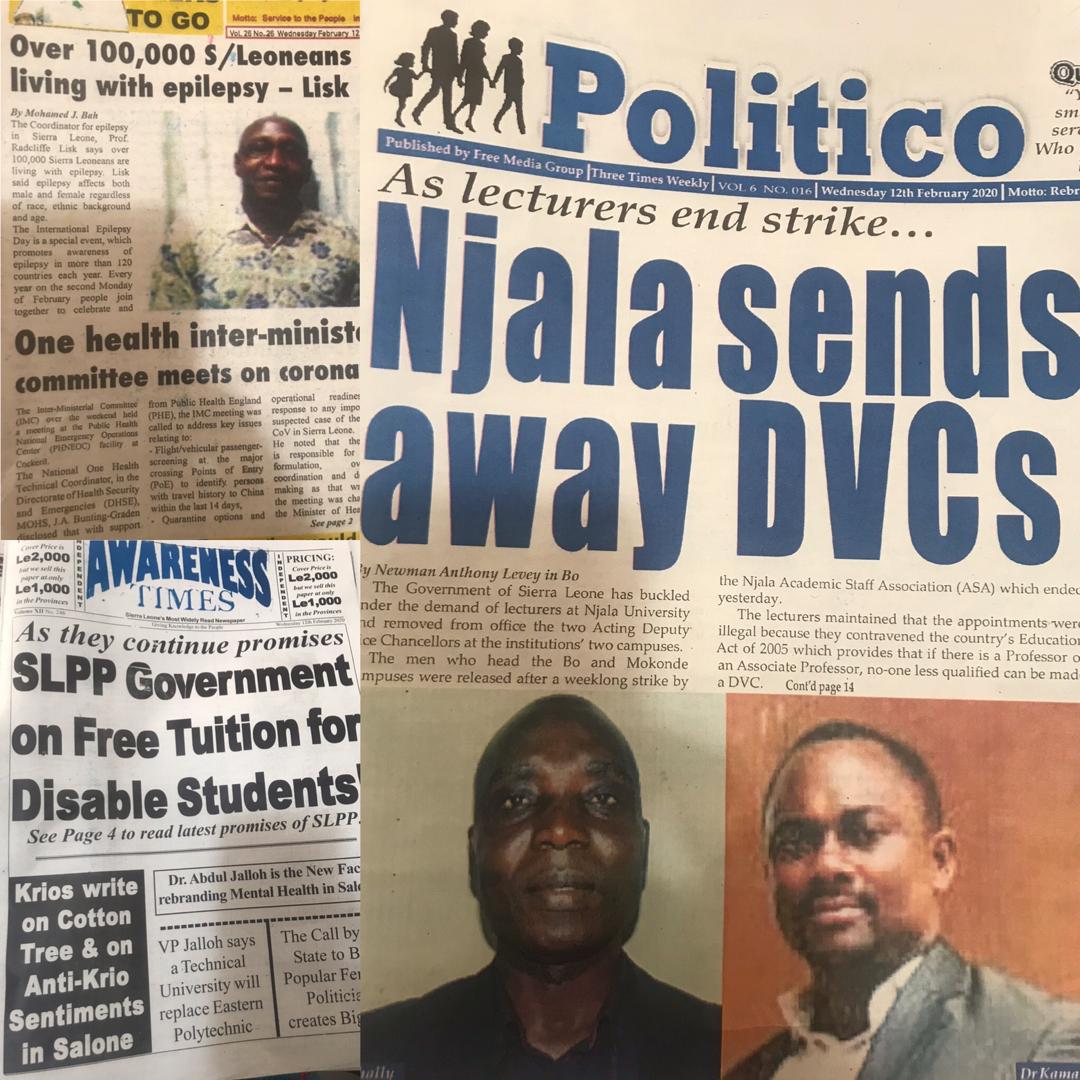 The Minister of Technical and Higher Education, Professor Aiah Gbakima has informed the Human Rights Commission of Sierra Leone (HRCSL)  that all physically challenged citizens in Sierra Leone should henceforth attend institutions of higher education free of charge. He further disclosed that instruction has been passed to all registered institutions in the country. Any physically challenged person who meets their entry requirements must be accepted without fee.

The Epilepsy Association in Sierra Leone has currently embarked on an awareness-raising campaign to minimize the stigmatization around the disease and create more consciousness. The coordinator for Epilepsy in Sierra Leone Prof Radcliffe Lisk says over 100,000 Sierra Leoneans are living with Epilepsy.  International Epilepsy Day is celebrated yearly on the second Monday of February. The day promotes awareness of epilepsy in more than 120 countries each year. It is a day set aside to celebrate and highlight problems faced by people with epilepsy, their families, and their careers.