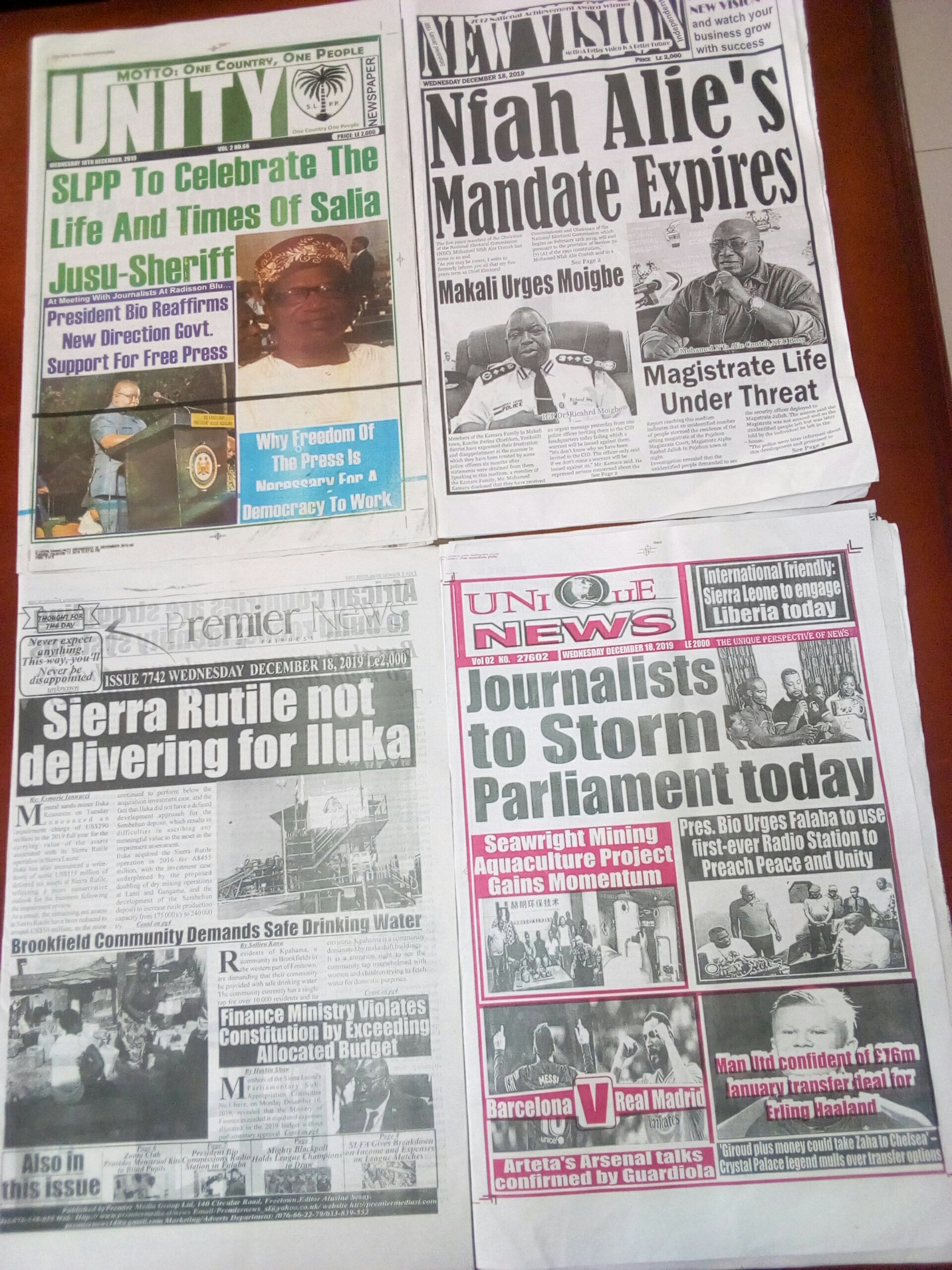 The President His Excellency Julius Maada Bio has opened the first ever radio station in Falaba District, Gbindi town called the “Voice of Falaba”. The radio station was opened in order to inform, educate, entertain and preach peace and unity in the district. The President was also moved at the opening ceremony  to construct a new Hospital in the Sulema chiefdom, Falaba.

In remembrance of the 10th Death anniversary of the late Hon. Dr Salia Jusu Saffa, members of Parliament organised an inaugural Parliament Lecture on the topic; “The Nation State: Democracy and the role of Parliament”. The event is held in the state Hall of Parliament, Tower Hill.

Chairman of the National Electoral Commission (NEC) Mohamed N’fah Alie Conteh’s term of service is said to have come to an end. The Chairmanship was for five years, so the Chairman thought it fit to write a Memo to all Commissioners and staff concerning his end of term at NEC. This position might be renewed by the President’s wish. His retirement will start on Friday 20 December.

The two alleged killers of Journalist Ibrahim Samura (Editor at New Age Newspaper), Mr Abu Bakarr Daramy and Herbert George pleads with the High Court to be granted bail. The accused killers have been detained and remanded without bail. The accused are now now pleading for bail, as they say their bail won’t deny justice to prevail.